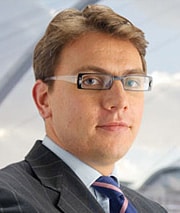 A Warning to the Unwary...

I was acting for an NHS trust in a multi-day discrimination case.  We were around a day into cross examination of the claimant, the ET having spent a number of hours reading the papers prior to the commencement of oral evidence; the claimant was not performing well on the stand.

A short adjournment was taken and I retired to a conference room along with my witnesses.  One of them, a nurse, said to me “Andrew- the wing member on the right looks very familiar”.  Then another witness, also a nurse, piped up, saying that she too thought him familiar. Both nurses had been sitting in the tribunal room for over a day by this stage.  Upon further discussion between themselves, the nurses concluded that they could recall the Member having spent a number of days as an inpatient on their hospital ward.

We returned to the tribunal room and I dutifully declared the potential conflict.  The Member confirmed that he had been treated in the Trust’s hospital for a serious illness some three years earlier, but that he had no particular recollection of any of the witnesses.  Having taken instructions, counsel for the claimant made an application for the ET to recuse itself.  This, I should add, was at a time when getting a lengthy hearing listed in the ET was difficult, so that any adjournment was likely to be for many months.  My instructions were to object.

The ET refused the application, relying upon Locabail UK Limited v Bayfield Properties and the Conjoined Appeals [2000] IRLR 96, and stating “…there is no realistic possibility of the judgment of the Tribunal being impaired by any subconscious feelings that [the Member] may have”.

The hearing continued to a conclusion.  The claim was dismissed and a costs order was made against the claimant on various grounds.   As the claimant had lost so convincingly, I assumed that I would hear nothing further of him.

Unfortunately, my assumption proved to be premature.  Needless to say, the claimant appealed on the ground of apparent bias and I found myself catching the train to London.

...the claimant appealed on the ground of apparent bias and I found myself catching the train to London.

Eight minutes prior to the EAT hearing commencing, counsel for the appellant approached me and said that if the Trust were to agree to the judgment being set aside, the appellant would forthwith withdraw his claim in the ET, thereby obviating the risk of having to re-run the entire case two years after it originally took place.  A careful review of the authorities on apparent bias in advance of my trip to London had not inspired overwhelming confidence that the EAT would dismiss the appeal.  Further, and not surprisingly, there was no appetite at the Trust to risk a re-hearing.  My instructions, therefore, were to consent to the proposal.

A full tribunal, presided over by HHJ Eady QC, had been set down to hear the case.  Counsel for the appellant explained the nature of the accord.  The Judge observed that, though neither she nor her colleagues had reached a concluded view, on paper, and subject to argument, they could see force in the appeal.  After inviting submissions on the authorities (which the EAT required despite the agreement in principle,) the appeal was allowed.  Significant emphasis was placed by the EAT on paragraph 25 of Locabail and, in particular, the following passage:

“…A real danger of bias might well be thought to arise if … for any other reason, there were real ground for doubting the ability of the judge to ignore extraneous considerations, prejudices and predilections and bring an objective judgment to bear on the issues before him…”

The moral of the story, therefore, is that when faced with a situation which gives rise to a perception of a conflict of interest, one must not immediately assume that overcoming the threshold for apparent bias will be excessively onerous.  Indeed, it is worth keeping in mind the most oft quoted test for apparent bias, namely that articulated by Lord Hope in Porter and another v Magill [2001] UKHL 67:

“The question is whether the fair-minded and informed observer, having considered the facts, would conclude that there was a real possibility that the tribunal was biased.”

NB.  Neither the ET nor the Member have been identified herein to protect the Member’s privacy.  The EAT declined to order a public transcript.