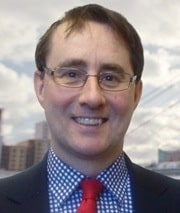 Beware the coincidence of location fallacy

On 30 April 2002, Mr Whittle was driving a Ford Mondeo motorcar on the A25 Dorking to Reigate road when he decided to carry out a U-turn. The decision was catastrophic because he turned the Mondeo into the path of two oncoming vehicles: the first avoided a collision but the second, driven by Mr Bennett, did not, and Whittle sustained very serious injuries.

At this location the A25 was a single carriageway with a 50 miles per hour (mph) speed limit. Shortly before the accident, Bennett had been driving at 60 mph. He had also been travelling too closely to the vehicle in front of him.

At trial, the judge found the accident had been wholly caused by the negligence of Whittle in performing the U-turn into the path of the oncoming vehicles. Although there may have been reason to criticise Bennett’s driving, there was no reason why Bennett would anticipate that a motorist would suddenly perform a U-turn into his path. At the time the Mondeo turned, such was the short distance from the oncoming vehicles, that a collision was inevitable.

Breach of duty
On appeal in Whittle v Bennett [2006] EWCA Civ 1538, it was argued that by driving too close to the vehicle in front and by exceeding the speed limit, Bennett had been negligent. Lord Justice Leveson dismissed the former point on the grounds that the accident was outside the scope of any breach of duty that may have been committed by driving too close. He said: “I would articulate the ambit of the duty of care of a driver owed in the circumstances as being sufficiently wide to cover all those who might reasonably be affected by the fact of his driving too close to the vehicle in front.”

Since the U-turn could not have been reasonably anticipated, driving too close to the vehicle in front fell outside the ambit of the duty of care. If Bennett had been driving more slowly, then he would have been further away from Whittle’s car and the accident would not have happened.

Defining negligence
In Sam v Atkins [2006] RTR 14, the defendant was driving her Land Rover past a row of parked vehicles at about 20 mph when the claimant stepped out from an obscured position in front of a van in and into the immediate path of the Land Rover. Although the speed of the Land Rover was described by the trial judge as “negligent”, the accident would not have been avoided unless the defendant’s speed had been as low as 2 to 3 mph. On appeal, the Court of Appeal upheld the trial judge’s finding that there was no liability.

Lord Justice May observed that the trial judge had been technically incorrect to label the defendant’s driving as “negligent” because negligence is a composite concept combining duty of care, breach of duty, causation and damage.

May LJ said: “The question is whether the relationship between the claimant and the defendant is such that it imposes on the latter a duty to take care to avoid or prevent the loss which in fact has been sustained. That question subsumes the question whether the acts or omissions of the defendant caused the damage relied upon. If they do not there is no negligence.”

This is a salutary reminder that ‘negligence’, as a cause of action, means more than ‘breach of duty’ and that it necessarily includes causation and damage. An admission of breach of duty is therefore very different to an admission of negligence – all defence practitioners take note.

Gray v Botwright
But what of the mysterious coincidence of location fallacy? This was considered recently in Gray v Botwright [2014] EWCA Civ 1201. On 5 July 2010 the claimant had been driving his Ford Focus on the A143 road in the village of Bradwell in Norfolk. At that location there was a complicated, staggered junction controlled by traffic lights.

The claimant was driving northwards behind a Range Rover, which turned right. The claimant then noticed that the traffic light had turned red for southerly traffic so he too turned right without looking to see if there was any oncoming traffic. In fact the defendant was travelling south in his Hyundai and a collision occurred. The defendant had driven in contravention of a red traffic light which was positioned some 50 metres from the point of the collision. He had been travelling at slightly in excess of the 30 mph speed limit. The district judge, who tried the case, found that the speed of the Hyundai was not significant.

Relying on the judgment given in Whittle v Bennett, he found that the defendant’s failure to stop at the red traffic light was not relevant and that the sole cause of the accident was the claimant not looking and then proceeding across the Hyundai’s path. At the first appeal the circuit judge upheld the district judge. The matter came before the Court of Appeal. Lord Justice Jackson wondered if this was a case where the coincidence of location fallacy applied.

“The coincidence of location fallacy may be illustrated,” Jackson LJ explained, “by the following hypothetical facts, which are not this case. A defendant acts negligently and, as a result of that negligence, he is in a position where an accident of some sort occurs, but the occurrence of that accident was not within the scope of the duty of care which the defendant breached when acting negligently.

“Suppose, for example, a motorist drives at excessive speed between point A and point B. The motorist then slows down to a proper speed and is involved in a collision which is not his fault. The motorist would not have been at the point of impact if he had not driven too fast on an earlier occasion, but that earlier negligence of driving too fast is not causative of the collision. This is because once the motorist had passed point B, he was at a location where the impact would not be within the scope of any duty of care which the defendant had breached.”

Shared liability
Allowing the claimant’s appeal, Jackson LJ observed that, by not looking, the claimant had clearly been negligent and had caused the accident, but it was necessary to examine the purpose of the red traffic light, which was to prevent the defendant’s car from being where it was at the time of the collision. This case did not involve a coincidence of location argument because the wrongdoing of the defendant – driving past a red traffic light – caused him to be in the wrong position. He thus increased the danger for a motorist in the position of the claimant and thus the claimant was within the scope of the duty of care of the defendant. Further, having observed the Range Rover’s turn, the defendant should have anticipated that a further vehicle could make the same manoeuvre. Liability was apportioned 50-50.

Does the concept of the coincidence of location fallacy assist in the courts’ determination of road accident liability or is it an unnecessary piece of verbiage? Whittle v Bennett could simply have been resolved by asking whether the act or omission complained of actually caused the damage sustained? So too in Gray v Botwright the question to be asked was whether the infringement of the red light imperilled the claimant and caused the accident. In Sam v Atkins the defendant’s speed in the Land Rover simply did not cause the accident. It is difficult to see how the introduction of a concept unfamiliar to most practitioners provides any clarity where the concept of negligence comprising duty of care, breach of duty, causation and damage is generally understood and familiar. I suggest that the coincidence of location fallacy should return to obscurity where it belongs.