Blowing the Whistle on LLPs
News 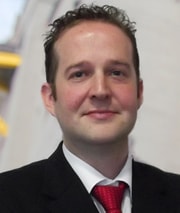 Blowing the Whistle on LLPs

All partners are equal, but some partnerships are (perhaps) more equal than others...

On 21 May 2014 the Supreme Court held that members of a Limited Liability Partnership (LLP) are also ‘workers’ and, therefore, are protected from detrimental treatment that they receive for blowing the whistle on any wrongdoing. This decision overturns the decision of the Court of Appeal, as well the original tribunal, ending a 3 year legal battle which was based on the interpretation of section 230(3) Employment Rights Act 1996 (ERA). The outcome will be of interest of any LLP, which includes many accountancy, financial services and law firms.

Whistleblowing legislation was introduced in the UK by the Public Interest Disclosure Act 1998 and over the course of approximately 15 years it has allowed certain disgruntled workers to raise their concerns in the comfort of knowing they will gain protection, if they meet the relevant test. There is a real benefit in been able to pursue a claim under the whistleblowing legislation; it removes the statutory cap on the compensatory award (a real bonus for high earners) and it provides an additional avenue of attack for the Claimant, who may otherwise have had a weaker claim, particularly if the process followed by the Respondent had been close to perfection.

Therefore, it is no wonder that Ms Bates von Winkelhof (Ms B), an ‘equity member’ of the Clyde & Co LLP (whereby she received both a fixed minimum and an element of profit-share), wanted to qualify for such legal protection. She had reported a matter to her LLP’s money laundering officers, regarding alleged bribes, and soon found herself expelled from the LLP. She claimed that she made a protected disclosure within the meaning of s.43A ERA, which was the reason she was expelled and suffered other detriments. The LLP denied those claims, but also raised as a preliminary issue the entitlement of Ms B to even bring such a  claim; they argued that she was not a ‘worker’ within the meaning of s.230(3)(b) ERA (subsection (a) covers ‘employees’, which Ms B did not rely on).

The effect of subsection (b) is that to be classed as a ‘worker’ an individual has to have an express or implied contract “….whereby the individual undertakes to do or perform personally any work or services for another party to the contract whose status is not by virtue of the contract that of a client or customer”.

Ms B worked exclusively for the LLP, which was not her customer or client, and she was engaged to perform her work personally. On a literal reading of the relevant section of the ERA, it did seem that she could be classed as a ‘worker’.

However, the Court of Appeal preferred the wider definition of “employed by the partnership” under s.4(4) of the Limited Liability Partnership Act 2000 (see below) and referred to the fact that “underlying the statutory definition of worker is the notion that one party has to be in a subordinate relationship to the other”. As a partner, Ms B did not fit into the category of subordinate. Section 4(4) states that “A member of a [LLP] shall not be regarded for any purpose as employed by the [LLP] unless, if he and the other members were partners in a partnership, he would be regarded for that purpose as employed by the partnership”.

In effect, s.4(4) had impliedly modified s.203(3) ERA; therefore, the central question for the Court of Appeal was whether partners in traditional partnerships could be workers under the ERA.

In contrast, the Supreme Court held that whilst subordination may be a factor in distinguishing ‘workers’ from other self-employed individuals, it is not conclusive. Ms B had undertook to perform work personally and she was not a client or customer; she was integral to the operation and by agreement had precluded herself from offering her professional services to anyone but the LLP, let alone the world at large.  The Court also held that s.4(4) does not mean that a member of an LLP can only be a worker within the meaning of s.230(3) ERA if they would also have been a ‘worker’ had the members of the LLP been partners in a traditional partnership. It therefore concluded that Ms B did have the entitlement to bring a whistleblowing claim under s.203(3)(b) ERA.

The decision of the Supreme Court clearly falls within the spirit of the whistleblowing legislation, as partners are more likely to be in a position where they become aware of corporate wrongdoing and therefore should gain the same protection as other, perhaps less senior workers/employees. The fact that they have a notional right to participate in certain partnership votes should not take them out of the category of protection.

What it means for the future?

It means that Ms B can progress with her whistleblowing claims against the firm that engaged her services as an ‘equity’ partner; whether she succeeds will be a matter for a tribunal who hears the evidence. Unless the claim settles, Ms B will have her day (or, more likely, days) in tribunal. She has also brought discrimination claims against the LLP which, along with the whistleblowing claim, continue to be denied.

However, the case has even wider consequences for others, particularly those in senior positions in regulated environments. Being a ‘worker’ gives that individual protection regarding the Working Time Regulations (minimum holiday and rest breaks, rules on working hours), deduction from wages, the minimum wage and automatic pension enrolment. LLPs will no doubt be reviewing their arrangements, particularly their remuneration (e.g. clawback) provisions and whistleblowing training/policies. In any event, LLPs are already reviewing their arrangements due to the proposed tax rule changes (2014 Finance Bill, on Salaried Members Rules), so it looks like this recent case will simply be something to add to the list.

The judgment recognises LLPs as unique business models (a hybrid between a traditional partnership and a limited company), but whether partners in traditional partnerships (Partnership Act 1890) could be ‘workers’ is yet to be determined. Also, technically, not all LLP members will be considered ‘workers’; each case will rest on its facts (indeed, some commentators are suggesting that ‘employment’ status may now be more easily obtained by some fixed share partners). At a time when the partnership model is under increased scrutiny (at least in the legal sector), this decision represents a challenge to orthodox views on partnership, as well as highlighting the ever-increasing case-law in the areas of whistleblowing and worker/employee status.