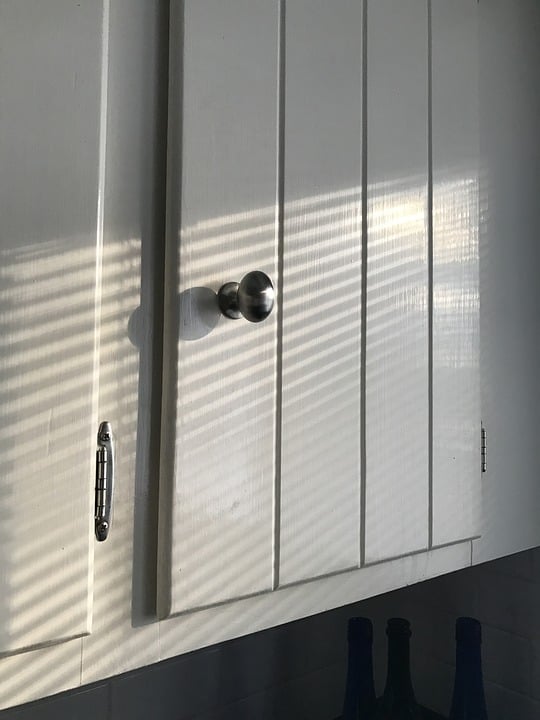 On 17 October 2017 the Court of Appeal considered whether a carpenter repairing a student flat, under the instruction of the University, his employer, could rely on the Provision and Use of Work Equipment Regulations 1998 and the Workplace (Health, Safety and Welfare) Regulations 1992.

The Claimant was employed as a carpenter and a joiner. He was required to attend a student flat to repair part of the kitchen unit. As the Claimant opened the door of the kitchen cupboard it collapsed, and utensils fell out causing the Claimant’s hand to be cut and injured. This caused him consequential problems and he sued the Respondent alleging breach of the 1998 and 1992 Regulations.

The judge at first instance considered whether:

(i) the cause of injury, namely the kitchen unit, was "work equipment" within reg.2(1) of the 1998 Regulations;

The claim was dismissed. The judge found that the kitchen unit had not been provided for a work purpose, as it was just for storage in the flat, and that being repaired did not make it work equipment so that reg.2(1), and consequently reg.3(2), of the 1998 Regulations were not engaged. He held that the flat could not amount to a workplace within reg.2(1) of the 1992 Regulations because it was“domestic premises”and they were expressly excluded by the Regulations.

The Claimant appealed and argued that the judge should have applied a wide, purposive construction of "work equipment", "use" at work, and "workplace" within the Regulations. He submitted that the Respondent's function was not just to provide education services but included its role as a landlord of student accommodation, that there was a sufficient connection between that latter function and the provision of the kitchen unit to bring it within the Regulations.

The appeal was dismissed. Firstly, considering work equipment, it was held that whilst the Respondent clearly provided student accommodation as part of its function, the kitchen unit had not been equipment supplied to its workforce or equipment its workforce had to use in the course of their employment, other than on occasion to repair it. Simply working on repairing an item did not make that item work equipment within reg.2(1) of the 1998 Regulations. The kitchen cupboard was in private student accommodation and was not used in the course of work. The judge had been entitled to reach the conclusion he had in respect of reg.2(1). In those circumstances, reg.3(2) did not arise for consideration.

Secondly, the question of whether the kitchen in the student flat amounted to "domestic premises", and was thereby excluded from amounting to a workplace under reg.2(1) of the 1992 Regulations, was a mixed question of fact and law for the judge, and the court could only interfere with his decision if it contained an error of law or mistake on the facts. It was not possible to say that the judge had been in error in concluding that the kitchen, as an integral part of the student flat, amounted to domestic premises and was not, therefore, a place of work for the appellant to which the 1992 Regulations applied.

Appeal dismissed. Simply working on repairing an item did not make that item work equipment, or the location a workplace, within the Regulations.

On a direct reading of the 1992 Regulations it is difficult to deny the fact that the student flat is part of a “domestic premises”, which is expressly excluded under the interpretation of “workplace”. Despite it being a work location for the carpenter, it is not the workplace for the workforce. The key point is perhaps the fact the flat is a domestic location makes it inherently difficult for the employer to control, inspect, monitor that location and the equipment in it.

On a wide reading of the 1998 Regulations a kitchen unit could come under “any” “installation” within the meaning of “work equipment” and the “use” of this installation includes “repairing”. Evidently a narrower reading has been adopted. Case law suggests we need to account for whether the employer supplied or monitored the use of the equipment for it to be classified as “work equipment” under the 1998 Regulations.

Smith v Northamptonshire CC [2009] UKHL 27 explored this issue. It was held that the 1998 Regulations applied if the employee's use of the equipment for the purpose of his work was known to or authorised by the employer, and the employer could inspect and assess the equipment and could reasonably instruct the employee not to use it. In Smith, the Claimant was employed by the local authority as a driver and carer and was required to collect people from their homes and take them by minibus to a day centre. The equipment in question was the minibus ramp. It could not properly be said that the ramp had either been incorporated into and adopted as part of the local authority's undertaking or was under its control. The local authority had not provided the ramp, it neither owned nor possessed it. It was no more than part of the environment that any employee had to face when performing his functions at work away from any premises occupied by his employer.

Many would argue for a wider reading; that work equipment should include anything used with the permission of the employer – express or implied. Surely the carpenter had implied permission from his employer to use the kitchen unit as a piece of equipment when being instructed to repair it? The judgment in Johnson v University of Bristol confirms the appellate courts prefer a narrower construction. Claimants may therefore need to consider some questions to help assess whether their “equipment” will come within the 1998 Regulations:

a) Is the equipment for use at work?

b) Was the equipment supplied to and used by the workforce?

c) Was the equipment incorporated into and adopted as part of the employer’s business?

e) Was the equipment known to or authorised by the employer?

f) Could the employer inspect and assess the equipment and reasonably instruct the employee not to use it?

g) Did the employer have responsibility or a right to repair the work equipment?