On the move……Vicarious liability
News 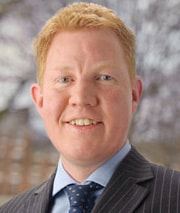 It is well established that an employer is liable for the injuries and losses caused by the torts of its employees.  The challenge is determining when an organisation is liable for the torts of those engaged in a non-employment capacity, particularly labour-only sub-contractors provided by third parties, for example.

There is a two stage test:

Stage 1: the relationship between the activities assigned to the wrongdoer and D

This was the case of those engaged to care for children in an educational setting abusing those in their care.  Five factors were said to determine whether the relationship was capable of giving rise to vicarious liability:

Stage 2: the closeness between the activities and the wrongdoing

At stage 2, the focus is on the closeness of the connection between the wrongdoing and the field of activities assigned to the wrongdoer by D and whether that closeness is sufficient to make it just that D be held liable for the wrongdoing.

The test was formulated by the House of Lords in Lister v Hesley Hall Ltd [2001] UKHL 22, [2001] 2 All ER 769: whether the wrong is so closely connected with the wrongdoer’s employment that it would be just to hold the employer vicariously liable.

In Mohamud the SC reaffirmed the Lister test but, contrary to the view of the Court of Appeal, held that the connection between the wrongdoing and the employment in that case was sufficiently close that it was just to hold the employer liable.

In Mohamud, the wrongdoer was employed as an assistant in the shop on the petrol station forecourt at one of D’s supermarkets.  C entered the shop and asked the assistant if he could print something from a memory stick.  This was not a service that D offered.  Rather than decline politely, the assistant responded to the request in a foul mouthed and racist way and ordered C to leave the shop.  C left and returned to his car.  C was followed outside by the assistant.  C switched on his engine but before he could drive off the assistant opened the passenger door of C’s car and told C in threatening words never to come back.  C told the assistant to get out of his car and to shut the passenger door.  Instead, the assistant punched C in the head.  C switched off the engine and got out to close the door.  When C was outside the car he was punched again and fell to the ground.  When C was on the ground, the assistant continued to punch and kick him.  The assistant ignored requests from his supervisor to stop the attack.

How did the SC in Mohamud apply stage 2 of the test?

Post Mohamud, when will the wrongdoing and the activities assigned to the wrongdoer be sufficiently close to give rise to vicarious liability?

There are two questions to be addressed:

In Mohamud, the SC found that the store assistant’s assault on C was within the field of activities assigned to him by D.  The assault was part of an unbroken sequence of events that started with the assistant informing C (albeit in an inexcusable way) that D did not provide the service requested.  The conduct in answering C’s request, including the assault, therefore occurred within the field of activities assigned to the assistant by D.  The wrongdoer did not metaphorically take off his uniform when he followed C outside.

Employers can no longer seek to shield themselves from vicarious liability by engaging staff on contracts which are not employment contracts.  For example by using agency staff or labour-only subcontractors.  Unless the wrongdoers activities are entirely attributable to the conduct of a recognisably independent business of their own or of a third party, then the person for whom the wrongdoer is actually working is likely to be vicariously liable for their torts.

It will now be easier for claimants to establish vicarious liability where they are the victim of a violent attack in circumstances where previously the employer would have successfully escaped liability by arguing that the assailant was on a frolic of his own rather than acting in the course of his employment.

Organisations will have to be careful about who they engage to work on their behalf and for their benefit and how they are trained.

However, although the tests may have been made clearer, the application of them to the infinite circumstances in which people are injured is likely to continue to provide challenges.  Save in the clearest cases, it is likely that defendants will continue to be reluctant to accept they are vicariously liable.  The prospect of plenty of litigation continues!