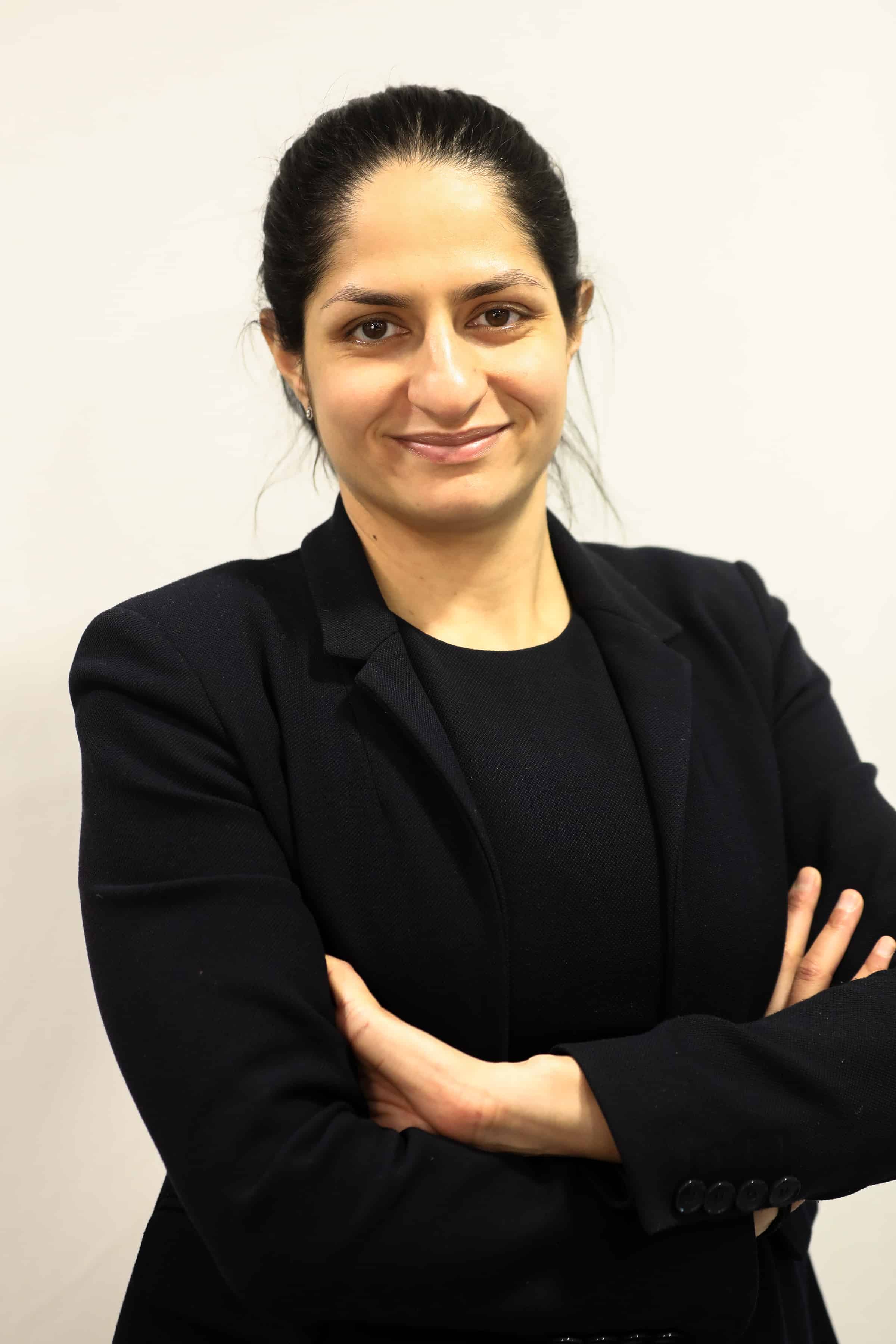 Naakesha joined PLP in January 2022 after spending the first 6 years of her career at the Bar at KBW Chambers.

She specialises in all areas of family law, including public and private children law and finance.

Naakesha is known for her ability to put her clients at ease through her excellent communication skills and her commitment to preparing every case with the utmost care. Naakesha has developed a strong reputation for being a tenacious advocate who is able to quickly build a strong rapport with her clients.

She is happy to receive instructions direct from members of the public under the Direct Public Access Scheme.

Naakesha joined PLP in January 2022 after spending the first 6 years of her career at the Bar at KBW Chambers.

She specialises in all areas of family law, including public and private children law and finance.

Naakesha is known for her ability to put her clients at ease through her excellent communication skills and her commitment to preparing every case with the utmost care. Naakesha has developed a strong reputation for being a tenacious advocate who is able to quickly build a strong rapport with her clients.

She is happy to receive instructions direct from members of the public under the Direct Public Access Scheme.

Naakesha acts for all parties in public law proceedings, including parents, grandparents and other family members, intervenors, children via their children’s guardians and local authorities.

Naakesha is regularly instructed on behalf of the most vulnerable clients and has been instructed by the official solicitor on many occasions. As a result, Naakesha is well-equipped to represent clients who require that extra level of sensitivity, be that due to the stress of proceedings, cultural issues or for any other reason.

Naakesha has extensive experience in cases involving non-accidental injuries, sexual abuse, domestic violence, fabricated/induced illness and cases with a culturally sensitive aspect. She is also well versed in dealing with disclosure arguments that arise at the outset of or during proceedings.

Naakesha acts for parents, grandparents and other family members involved in private law proceedings. Naakesha often provides advice early on to assist parties in reaching an outcome with which they are happy.

Naakesha has a wealth of experience in enforcement proceedings.

Naakesha spent the first six years of her practice combining a criminal and family practice, and in that time was instructed as disclosure junior and junior counsel on several multi-week criminal trials involving historic sexual abuse and grooming.

Naakesha’s experience and knowledge of the criminal courts enables her to analyse police evidence, forensic reports and data with ease.

Further, during Naakesha’s early practice, she regularly represented West, South and North Yorkshire Police Forces in matters concerning cross-disclosure between the two courts. Naakesha’s extensive experience of the criminal courts assists her in any case in which there is an overlap, particularly where disclosure of material to the family court is resisted by the Crown and/or Police.

Naakesha is happy to receive instructions direct from members of the public under the Direct Public Access Scheme. Naakesha regularly offers advice prior to proceedings being issued and welcomes enquiries for direct access work.

Naakesha advises and acts in finance proceedings and is regularly instructed to offer advice at an early stage within proceedings. Naakesha is well-known for her ability to assist in reaching fair settlements at all stages in the court process.

Naakesha is regularly instructed to advise before proceedings are issued to assist in reaching settlement as early as possible.

Re S [2021]: represented the local authority in proceedings involving a skull fracture to a 10-month-old child whose parents spoke different languages to one another. This case required work to be undertaken well in advance of any deadline to allow for translations to be obtained. Despite the various complexities, this case was concluded in just over 6-months through meticulous preparation and much forward planning on behalf of counsel, her solicitor and the social work team.

Re R (A Child) [November 2021] EWCA: represented a young mother in her second set of care proceedings, her younger two children having been adopted some years earlier following a finding that one of them had suffered a skull fracture owing to a lack of supervision. Successfully appealed the first instance recorder’s decision to sanction removal on the basis that, unusually, there was evidence before the court that the residential unit at which the mother had been residing had the resources to put in place 24/7 supervision of the mother and child to safeguard against any further injuries to the child, the child having suffered a serious non-accidental injury whilst in the mother’s care. Not only was the appeal successful, but the child was eventually rehabilitated into the mother’s sole care.

Re RG [2020]: successfully challenged the interim removal of a two-year old child from the care of his parents through extensive cross-examination of the local authority witnesses, which persuaded the children’s guardian to support the client’s child remaining at home whilst further assessments were undertaken.

Re SD [2020]: represented a mother who had a long history of Class A drug use and who had had several children removed from her care in the past. Through analysis of the papers and a conference with the client by phone shortly after she had given birth, it became apparent that the mother had the support of an experienced midwife who was willing to attend court as a witness, she having known the mother for many years in a professional context and recognising that this was the first time the mother had abstained from drugs for even a short period of time. The midwife attended court and upon hearing her compelling evidence, the court was minded to allow an application for an assessment of the mother at a specialist drug rehabilitation unit.

Re M [2021]: represented a mother who alleged that her ex-husband had forced her into prostitution. For cultural reasons the mother had been unable to talk about what she had experienced over several years, and there was no corroborative evidence available. Through a careful and well considered examination in chief and cross examination, all of the allegations were found proven and an order for no contact between the children and their father was made.

Re A [2018]: represented a father who faced serious allegations of sexual and physical abuse, which were said to be supported by evidence that was found to have been fabricated. After a multi-day cross examination, none of the allegations were found proven and contact was quickly re-established.