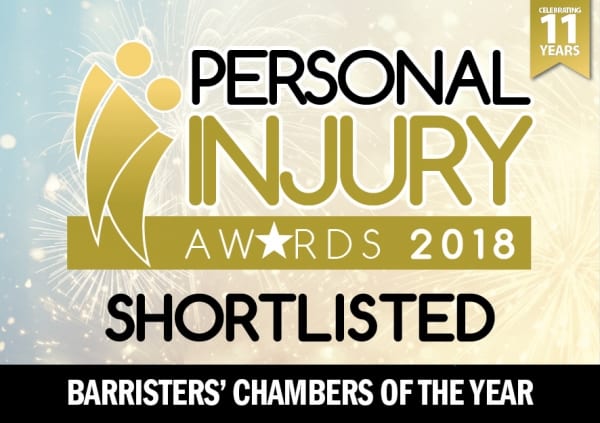 We are delighted to announce that we have been shortlisted for "Barristers' Chambers of the Year” at the national Personal Injury Awards. The awards recognise the excellence of individuals and organisations across the personal injury claims sector, identifying high standards of practice and to inspire others.

Described in the latest edition of Chambers & Partners 2018 as "Outstanding and by far the best in the North of England" and the only Chambers ranked on the NE Circuit for Personal Injury and Clinical Negligence work, we continue to dominate the injury claims sector in the region.

The winners will be announced at an awards ceremony at the Hilton Hotel in Manchester on 28th November 2018, we look forward to seeing clients and colleagues at the event.