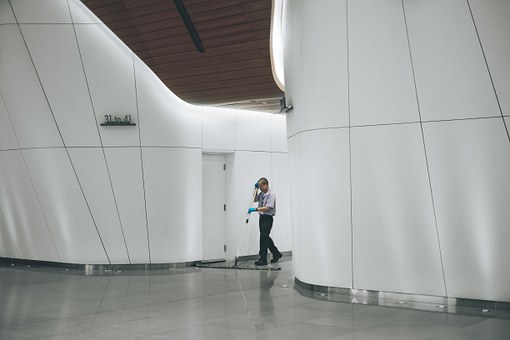 Simmons uplift in the Employment Tribunal.

Between 1 May 2005 and 15 November 2012 the Appellant was employed as a cleaner; initially by Rentokil Initial Facilities Services (UK) Ltd until being transferred under TUPE to the Respondent, Vinci Construction (UK) Ltd on 29 April 2012. The Appellant’s (numerous) ET claims were primarily brought under the Equality Act 2010 for disability discrimination (including harassment and victimisation) and included a number of allegations of bullying and inappropriate treatment. Liability was admitted.

Following a remedy hearing in April 2013, the Appellant was awarded compensation in the sum of £12,000 plus interest. The award included separate amounts in respect of injury to feelings and psychiatric injury, the particulars of the latter being the exacerbation of a depressive illness.

On appeal, the court considered whether the 10% Simmons uplift should be applied to awards of compensation for injury to feelings and for psychiatric injury in discrimination cases in an ET.

The ‘backdrop’ for the cross-applicability of Simmons

Depending on which provisions are relied upon, the enforcement of rights under the 2010 Act may be brought in the civil courts or the ET. Under section 119(2)(a) the County Court (CC) has the power to grant any remedy which could be granted in the High Court in tort proceedings. Claims in the ET are addressed in Chapter 3. Section 124(6) states that: “The amount of compensation which may be awarded under (2)(b) corresponds to the amount which could be awarded by the County Court […] under section 119.”.

Helpfully Underhill LJ set out the existing EAT authorities on this point, which can be summarised as follows:

2. Sash Window Workshop Ltd v King [2015] IRLR 348, in which Simler J ruled that there was no basis for limiting the 10% Simmons uplift to all torts save for the tort of discrimination;

3.The  present case, wherein Judge Serota held that the uplift did not apply for the following reasons:

a. The rationale behind the uplift did not apply to proceedings in the ET as it is, broadly, a no-costs jurisdiction;

b. Neither the Jackson Report or Simmons judgments suggested an intention for the provisions to be applied to awards of compensation in the ET;

c. The effect of section 124(6) is not that ETs are required to award precisely the same compensation as the CC.

4. Chawla v Hewlett Packard Ltd [2015] IRLR 356 in which the approach taken by Judge Serota was preferred; and

5.Beckford v London Borough of Southwark [2016] IRLR 178, in which it was held that the uplift did fall to be applied for the following reasons:

a. Section 124(6) requires awards in the CC and the ETs to be comparable, it would be inconsistent for awards in one jurisdiction to be 10% higher than the other;

b.It would be contrary to judicial policy that similar injuries should be differently compensated in different courts/tribunals;

c.The Court in Simmons deliberately stated the effect of its ruling applied across the board; and

d.Prior to the Jackson Report, the costs regimes in the CC and the ETs were different, yet section 124(6) and its predecessors required that the level of awards should correspond.

Delivering the lead judgment, Underhill LJ concluded that the 10% uplift should have applied to both elements of the ET’s award. The salient points of his judgment are as follows:

1.The natural meaning of section 124(6) of the 2010 Act requires awards in the ET and CC, in respect of a particular head of loss, to be the same. As a matter of principle, it would be difficult to justify a consistent 10% difference between awards in the CC and those in the ET;

2. Notwithstanding the rationale for the uplift (i.e. to mitigate the effect of removing the ability of a CFA funded claimant to recover their solicitor’s success fee and ATE premiums from the Defendant) giving rise to the perception of an anomaly that claimants engaged in ET litigation gain a ‘wind-fall’, such an anomaly cannot justify qualifying the plain words of the statute;

3.There is no distinction to be drawn between awards for psychiatric injury and for injury to feelings; both of which would clearly be covered by the “mental stress” head of loss enunciated in Simmons.

Those acting on behalf of claimants in ET litigation should now be aware of their entitlement to claim an additional 10% on compensation awarded for injury to feelings and for psychiatric injury in discrimination cases. In cases where both awards are made, as they can be if supported by appropriate evidence, this could result in a not-insignificant additional sum. This certainly ensures that awards made by employment tribunals for psychiatric injury do not fall out of step with those made in the courts. However, given an award for “injury to feelings” is peculiar to the employment tribunal – courts require a claimant to prove a recognisable psychiatric injury or some lesser injury only if attached to a physical injury – one might question the strength of the parity argument. Nevertheless, the argument has, at least for the time being, been resolved by the Court of Appeal.