The Big Christmas Bash- An article by Robert Dunn.
News 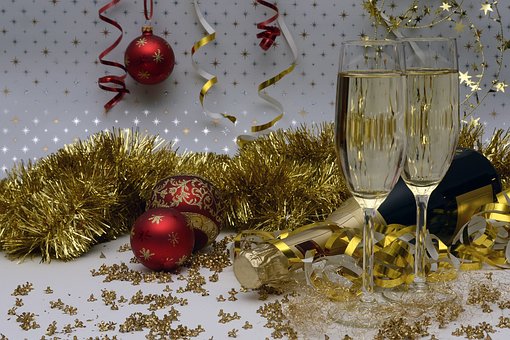 The Big Christmas Bash- An article by Robert Dunn.

Robert Dunn examines the case of Bellman v Northampton Recruitment Ltd [2016] EWHC 3104 (QB) in which it was held that the Defendant company was not liable for the acts of its Managing Director in assaulting a fellow employee after the office Christmas party.

Was the Defendant company vicariously liable for the acts of its Managing Director in assaulting another employee after the office Christmas party?

On the evening of 16th December 2011, the Defendant’s Christmas party took place at Collingtree Park Golf Club, Northamptonshire. The party was organised and paid for by the Defendant company. As often with such parties, a vast amount of alcohol was consumed by many of the 24 attendees. At around midnight, just over half of the guests left to continue drinking at the bar of the local Hilton Hotel.

In the early hours of the morning, a dispute arose between Mr. Major, the Managing Director, and a group of the Defendant’s employees about a new recruit to the company. Mr. Major, who was now drunk, lost his temper and lectured the other employees that “I make the f****** decisions in this company, it’s my business, if I want him to be based in Northampton, he will be f****** based there”. Perhaps not textbook management. Upon Mr. Bellman challenging Mr. Major’s assertion, Mr. Major punched Mr. Bellman twice. Mr. Bellman was knocked over and his head struck the marble floor of the hotel lobby, causing him to suffer brain damage.

With Mr. Major unable to satisfy any judgment, Mr. Bellman proceeded against the Defendant company on the basis that they were vicariously liable for the acts of Mr. Major.

HHJ Cotter QC began by analysing the underlying rationale for vicarious liability. Quoting from the judgement of Lord Millett in Lister v Hesley Hall [2001] UKHL 22, the Judge stated that vicarious liability is essentially a ‘loss-distribution device’. Its rationale is that, by employing a person, an employer has introduced the risk of a wrong being done by them, and it is thereby fairer that an employer bears the consequences of that wrong, than a claimant be left without a remedy.

HHJ Cotter QC then moved to the test for vicarious liability for the wrongful acts of an employee. Citing from the recent Court of Appeal case of Mohamud v WM Morrison Supermarkets Plc [2016] AC 677, he held there are two questions:

1) What functions or ‘field of activities’  were entrusted by the employer to the employee?

2)Was there was sufficient connection between the position in which he was employed and his wrongful conduct to make it right for the employer to be held liable under the principle of social justice?

The Judge repeated Lord Toulson’s comments in Mohamud that this was an imprecise art; a Court must make an evaluative judgement after considering all the circumstances. The Court should not treat whether an act took place during working hours as determinative, and should remember that vicarious liability is a species of strict liability, not to be imposed lightly.

HHJ Cotter QC held that the Defendant company were not vicariously liable for the acts of Mr Major.

Applying the test in Mohamud, the Judge found that Mr. Major had a wide remit in his work for the Defendant. As the Managing Director of a small business, he played a role in all aspects of the business. This even extended to organising the Christmas party, as a part of Mr. Major’s responsibility to motivate his staff.

However, despite this wide-reaching position, HHJ Cotter QC held that the connection between his position and the assault was not sufficient for social justice to demand that the Defendant be vicariously liable. Crucially, the Judge found that the events at the Hilton were not a seamless extension of the Christmas party. This was a spontaneously organised, independent, post-event drink, at which employees were not expected not attend; indeed, many went straight home. Further, some of the attendees at the Hilton ‘drink’ were plus ones, and it appears the Defendant only paid for taxis as some attendees were overnight guests. The circumstances of the ‘drink’ did not have enough to do with Mr. Major’s role with the Defendant.

Neither, found HHJ Cotter QC, was the work-related conversation topic that preluded the assault enough to create a ‘sufficient connection’ in this case. Upon arriving at the Hilton, social and sporting topics were discussed until 2am. Only thereafter was work discussed, until the assault at around 3am. However, Mr. Major could not be held to be ‘on duty’ simply because he was with other staff members: a Court must consider the ‘time and place’ of a conversation. In the Judge’s view, if Mr. Major and Mr. Bellman had played a round of golf, began discussing work on the 12th hole, leading to an assault on the 13th, the conversation topic alone could not properly bring Mr. Major within the course of his employment.

This decision is a welcome one for employers. Whilst vicarious liability can provide social justice to a claimant injured by an employee, this case is a reminder that it does have its proper bounds, and should not be used excessively to treat a Defendant company as a de facto insurer. There is no justice in that. It is now clear that a Court will look at all the circumstances, and make an evaluative judgement upon whether the prized ‘sufficient connection’ from Mohamud exists. Whilst the result of this exercise is not always an obvious one, this case provides helpful guidance on how a Court would consider this question.

The decision should however be noted by those organising workplace parties, Christmas or otherwise. The importance that HHJ Cotter QC placed upon the distinction between the party and the Hilton ‘drink’, suggests that if the assault had occurred mid-party, vicarious liability would have been found. Therefore, if employees end up committing wrongful acts at such parties, whether against fellow employees or otherwise, it may be the employer who ends up facing the bill. Whilst festive fun is all well and good, with Mr. Bellman’s Schedule of Loss likely running into the millions of pounds, a proper reminder to employees about the standards of behaviour expected may not be out of place.