…and another thing: Jafri and new points on appeal
Legal Update 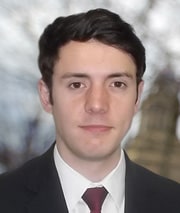 …and another thing: Jafri and new points on appeal

In April the Court of Appeal gave further guidance on the question of when a party can raise an issue on appeal that had not been argued at first instance[1]. This article considers that guidance, the surrounding case law and tries to elicit the themes.

The Claimant was employed as a teacher at an open prison. His manager submitted a complaint that the Claimant had been physically and verbally abusive towards her and he was suspended pending investigation. His manager subsequently resigned following extended sick leave. As a result, her complaints were left pending and not adjudicated upon but, rather, the Claimant’s own grievance that his manager’s complaints against him were false, was upheld. The Claimant applied for the now open position but his application was refused – not by his employer but by the governor of the gaol. The Claimant was not able to be relocated to a different gaol. The governor stated this would remain the case whilst the investigations arising from the manager’s complaints remained pending. He was subsequently dismissed.

The Claimant’s claim for, inter alia, unfair dismissal was dismissed. The Respondent had done all they could to relocate the Claimant – his position not being possible due to the third party (the governor of the gaol) – and this was some other substantial reason why the Claimant was dismissed.

At the Court of Appeal it was argued that the ET ought to have considered and decided whether the employer should have pursued the manager’s complaint through the disciplinary process so as to determine the basis on which the Claimant was not allowed to return to his original workplace. This point was, according to the Respondent, not argued at first instance. If it was to be allowed to be argued, the matter would have to be remitted to the ET

The Claimant alleged that the point had been argued at first instance and at the EAT. The Court of Appeal rejected that it was argued before the EAT, noting it did not properly form any of the grounds of appeal.

As to the first instance proceedings, the Claimant relied on the content of its ET1 and initial witness statement as establishing the basis of a distinct case that the failure to pursue the disciplinary process amounted, or contributed to, an unfair dismissal. The Court of Appeal rejected that argument also – finding that whilst the Claimant had to some extent raised the issue – he had not gone far enough to set out such a case as would require the ET to have decided the point of its own volition.

The Court of Appeal further stated that it was important to determine if the new point being raised could properly be characterised as an error of law at all. Even if it the point might otherwise properly be raised only on appeal, it could not be allowed to be raised if it amounted to an arguable error of fact. The Court of Appeal found the issues arising in the new point – about why the disciplinary process was not pursued and what might have occurred had it done – were only issues of fact.

The Court of Appeal reminded itself of Secretary of State for Health v. Rance [2007] IRLR 665 in which HHJ McMullen QC provided the following examples of points which an appeal court might exercise its discretion to hear, despite it not having been raised below:

Prior to Rance the Court of Appeal had had the opportunity to hear an appeal from a decision of HHJ McMullen QC, largely upholding a protective award by the ET[2]. At first instance, no point had been taken as to the proper construction of the phrase ‘in good time’ for the purposes of consultations pursuant to s.188(1A) of TULCRA 1992. The ET found it meant ‘speedily’ from the time the duty to consult arose. The EAT refused to hear argument on it on appeal. That the claim was high value and involved construction of European Directives were not exceptional circumstances. The Court of Appeal agreed. (Note: The House of Lords approved the Court of Appeal’s approach as to the admission of new points in this decision)[3]. A schoolkeeper’s claim that he had been unfairly selected for redundancy was dismissed in Jones v. Governing Body of Burdett Coutts School [1998] IRLR 521. On appeal the EAT entertained argument on authorities that went to a point that had been conceded at the ET. The employer successfully argued that the EAT should not have entertained such argument. It was particularly noted that the importance of the point is not a sufficient reason to justify entertaining it.

In Hyde-Walsh[4], the Claimant was found by the ET to be a ‘worker’ for the purposes of the Working Time Regulations 1998 but not an employee for the purposes of an unfair dismissal claim. The Claimant alleged that she had been dismissed because she had made protected disclosures. Upon the ET’s findings the Claimant appealed, alleging that the ET ought, having found she was a worker, to have considered her rights under s.47B ERA 1996 – the right not to be subjected to detriment by the making of protected disclosures. Taking guidance from Mensah v. East Hertfordshire NHS Trust [1998] IRLR 531, the EAT was persuaded that there is no general duty on an ET to deal with a complaint not pursued. That the Claimant was, in effect, a litigant in person was not sufficient on its own to amount to an exceptional reason to entertain it[5].

However, cases such as Langston[6] and Venneri[7] make it clear that it will often be incumbent on an ET to consider certain statutory rights when unfair dismissal claims are brought. If not expressly raised below, such points remain able to be raised on appeal should an arguable error of law have arisen in relation to them.

In Jones v. Northumberland County Council (2009) UKEAT/0482/08 the EAT refused to hear a new point under the old s.98A ERA 1996, principally because to do so would have required remission to the ET. Comparing the competing principles from Jones and the Langston line of cases, the EAT found that the manner in which the Claimant had put its case before the ET did not require it to, of its own volition, further consider the s.98A point.

Where a litigant in person successfully argued on appeal that he was exempt from setting out a grievance in writing to his employer prior to presenting a complaint to the ET (as required by s.32 of the ERA 2002) – despite the exemption argument not having been raised at the ET – the Court of Appeal found the taking of that new point to be proper in the circumstances[8]. It was a point which went to jurisdiction and the evidence supporting it was before the ET.

In the author’s opinion, Rance remains the most useful starting point when considering whether a new point is likely to be entertained on appeal. Where the point goes to jurisdiction, provided no new evidence is needed to be adduced to support it, it is likely to be permitted. The least likelihood of success in raising a point is where remission to the ET is necessary.

Unison is a particularly strong case to rely on due to its House of Lords backing.

Having an unrepresented litigant at first instance helps but is not enough on its own. Neither is the fact that the claim is high value or particularly complex. Where the point is arguably an ‘important’ one, Rance conflicts somewhat with Jones.

The authorities are perhaps most in conflict where it is argued in support of the new point that it is one which the ET ought to have entertained of their own volition. Mensah is Court of Appeal authority.  Langston and Venneri are EAT decisions – although Venneri is more recent than Mensah. The authorities might be distinguished on the basis of how close the point not taken was to the central thrust of the complaint.

To this jurisprudence Jafri adds that one must first ensure the point is one that goes to an error of law, not fact. It further adds to the Mensah/Langston conflict by suggesting that the extent to which the point is raised at first instance goes to the extent of any duty on the ET to consider the point of its own volition.

It should go without saying that proper analysis of one’s case prior to an ET hearing should render the need for taking new points on appeal unnecessary. Where the need does arise, the starting point is that the appeal court will be against allowing it. Persuading it to entertain the point will certainly require an exceptional reason which almost certainly does not require further evidence of fact.

Now, one further point I forgot to mention before…