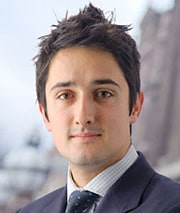 To recap: past facts (and past hypothetical facts) are judged on the balance of probabilities. Once a Claimant can prove there is a 51% chance a past event occurred or would have occurred the event is treated at certain.  Future events are judged as possibilities.  The rationale is simple: it is possible to prove a past event happened, but it is not possible to prove a future event will happen.  Consequently when dealing with past facts in the context of causation ‘loss of a chance’ type arguments are not sufficient (Gregg v Scott [2005] UKHL 2).

In some exceptional cases the adverse outcome may have had several possible causes and it may not be possible to satisfy the but-for test.  Cue Bailey v Ministry of Defence [2009] 1 WLR 15.  In Bailey the Claimant aspirated vomit leading to a cardiac arrest and hypoxic brain damage. The Claimant was treated negligently but also had pancreatitis.   The Court of Appeal found that both the pancreatitis and the negligence had an impact, and that the evidence did not satisfy the but-for test. The Court of Appeal went on to set out the key ingredients for a claim based on ‘material contribution’ causation.  Those ingredients are:

The Claimant suffered congenital haematological conditions including hereditary spherocytosis.  The level of haemoglobin (Hb) in the blood of an average child is 11.  ST’s level tended to be much lower.  When his Hb level dropped below 5 he required a blood transfusion.  When ST was 2½ he developed an upper respiratory tract infection.  On 24/11/04 his Hb level was 3.3.  At hospital he was sent home and told to return the next day for a transfusion.  At 11.00 on 25/11/04 a one-hour transfusion was given.  On 26/11/04 a four-hour transfusion was administered.  ST’s condition deteriorated and he suffered seizures and a stroke resulting in permanent brain damage.

The Defendant admitted a transfusion should have commenced by 02.00 on 25/11/04.  Swift J also found that the failure to properly administer IV fluids and the decision to use Frusemide during both transfusions amounted to negligence.

In relation to causation the evidence suggested that a failure to transfuse promptly would give rise to a risk, albeit a small risk, of cardiac problems leading to brain injury.  However the Claimant failed to establish the but-for test.  Swift J was satisfied on the balance of probabilities that the primary cause of the claimant's strokes was a focal cerebral arteriopathy caused by the upper respiratory tract infection.

Swift J then had to consider the Claimant’s alternative Bailey argument i.e. that the failures materially contributed to the injury. Swift J concluded:

‘… the Claimant faces similar problems to those which I referred to when dealing with his primary case. Once again, I accept that there is a possibility that the various conditions, or some of them, may have combined cumulatively or synergistically with the arteriopathy to cause his strokes. However, there is no objective and reliable evidence that the Claimant’s dehydration, acute on chronic haemolysis and/or severe anaemia, whether together or separately, contributed with the arteriopathy to cause his strokes. That being the case, I cannot reach the conclusion that it was so and the Claimant’s secondary case must fail’. [para 215]

Most cases tend to stand or fall on but-for causation.  It is therefore quite rare to see a reported decision involving detailed argument and analysis on but-for causation.  Although ST was an extremely complex case and ultimately decided on its own facts, the case serves as a helpful reminder that it can be extremely difficult to establish material contribution causation in clinical negligence cases.