Co-Working: In what capacity do users occupy?
Legal Update 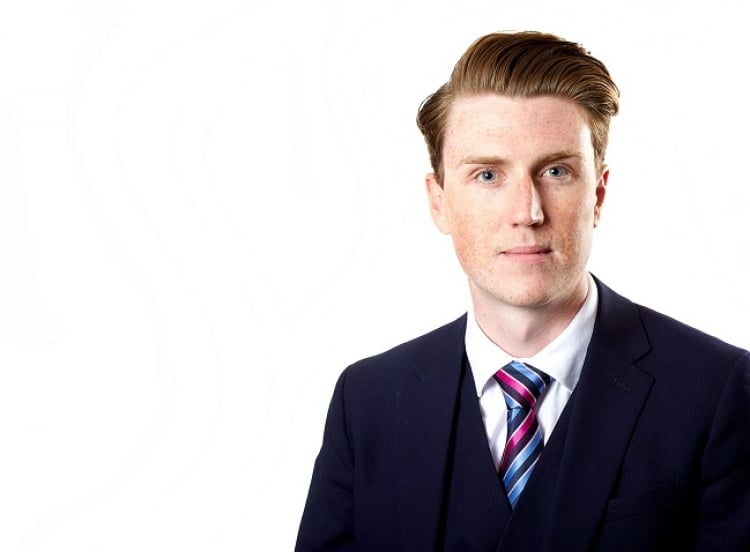 Co-Working: In what capacity do users occupy?

Adam Gould explores the ongoing increase of co-working facilities and questions the capacity in which those using these facilities occupy the office premises.

Originally a start-up phenomenon, the industry has seen exponential growth in recent years – accounting for 100,000 users in 2015 to a predicted 1.2 million by the end of this year. Simply put, this is one market trend that is not due to fade away into obscurity any time soon.

Whilst co-working appears at first-blush to be the next step in office culture, there are legal and practical problems which are worth noting. Practically, security in co-working facilities is one of the greatest drawbacks. With any number of individuals working within a single facility, users, especially those dealing with high volumes of confidential data, are at substantial risk of data breaches and intellectual property theft; a problem somewhat exacerbated by the use of open networks. Furthermore, premises security poses another significant risk – unattended office equipment being ripe for the taking. Legally, the capacity in which users occupy these facilities, and therefore the extent to which they can protect their interests, is uncertain.

As of yet, the co-working market has grown quietly under the radar without any recorded instance of litigation. Nonetheless, the author must pose the question: are co-working schemes the future of business culture or is the precarious mixture of legal uncertainty and practical shortcomings an indication that a perfect storm is looming.

Watts v Steward [2016] EWCA Civ 1247, whilst factually concerned with the eviction of Mrs Watts from the almshouse she occupied, provides a useful insight into the difference between exclusive occupation and legal possession.

In short, the Court of Appeal confirmed the distinction between legal exclusive possession and a personal right of exclusive occupation. Legal exclusive possession, the “hallmark of tenancy”, entitles the occupier to exclude all others, including the legal owner, from the property. On the other hand, exclusive occupation, such as those rights enjoyed by a lodger, may, or may not, amount to legal possession; if it does not, the user must occupy in some different capacity.

It is important at this point to draw the distinction between lone users of co-working facilities (particularly those who simply want a desk to work at) and small businesses that are more likely to “set up shop” on a more than transient basis. The former group are unlikely to be construed as anything more than the bare license holders; indeed, it is unlikely that there would be any benefit in them seeking to establish themselves as anything more. However, the position must be different for a company which requires, for example, 20 desks and intends to set up on a more permanent basis than the average mac-toting freelancer. Are these spaces reserved on a first come first served basis? Can a different user lay claim to a particular desk on a day-by-day basis? Can office equipment be set up and left overnight? Can the 20 spaces be kept together? Is the company entitled to exclude all others from those 20 spaces? These are practical questions, the answer to which may have a bearing on the users’ occupational status in law.

The Court then considered the intentions of the parties, a feature of paramount importance when the wording of the parties’ agreement is potentially misleading. To this end, whilst a person who is let into exclusive possession may be considered a tenant on the face of the agreement, such a conclusion will not be reached if the circumstances negate any intention to create a tenancy. On application, notwithstanding references in the appointment letter to “tenancy” and “rent”, the Court found that no tenancy had been intended; a conclusion based on that fact that the agreement was written by lay volunteers (equality of arms) and included express provisions pointing away from the grant of a tenancy. The finding was reinforced by the fact that the trustees could not properly discharge the trusts of the charity unless a personal revocable license was granted to the beneficiaries. Notably, it is likely that the equality of arms argument would work against providers of co-working facilities when viewed in the context of users who are self-employed / seed companies.

Evidently, whilst exclusive occupation may be enjoyed by an individual, this does not lead to a presumption of exclusive possession nor does it equate to tenancy. Helpfully, Watts provides useful guidance concerning the distinction between exclusive possession and occupation. Furthermore, it gives a useful insight into what weight a court will give to the contract when adjudicating disputes of this kind.

What works for the user?

Whether a license or lease agreement, the preferable occupational capacity is a question that can only be answered on a case by case basis. Indeed, what works for the user or the co-working organisation is a subjective question of fact. Nonetheless, once the most beneficial relationship has been identified, a tailored contract is required which unequivocally sets out the parties’ intentions.

As set out above, ambitious start-up companies will prefer the flexibility of a license agreement – though they should be made aware of the potential drawbacks highlighted above. However, the position will inevitably be different for those companies seeking to set down some roots. But how can they protect their office equipment? Can the exclude competitors from their working ‘zone’? What steps can they take to protect their confidential information? How can they avoid data protection breaches? These are all questions that can be resolved with exclusive possession, as opposed to mere occupation, and the capacity for implementing infrastructure that comes with it.

On the other hand, there are those who would benefit from the flexibility of a license agreement; particularly those who need office space in London one day and conferencing facilities in Leeds the next. Moreover, from the facility providing organisation’s perspective, a license agreement is less complicated and, in the same way it gives users flexibility, provides them with a straightforward method of recourse against defaulting users. Though, for those outfits wanting the security of short-term tenure, a lease is more likely to protect their position.

Notably, a license granting exclusive occupation may be a happy middle-ground between users requiring the ability to exclude others from office/desks and co-working organisations seeking to minimise their exposure; for example, those obligations which attached to a Landlord/Tenant relationship by the Landlord and Tenant Act 1954. Again, the need for robust contracting must be stressed to ensure the true position of the parties are properly represented and protected.

In closing, due to the relative newness of co-working schemes, the capacity in which different users occupy these facilities remains not entirely clear. In the absence of legal certainty, it falls to the contracting parties to formally define their relationship; bearing in mind the implications that befall them.