Compensation for travellers in the summer of discontent
News 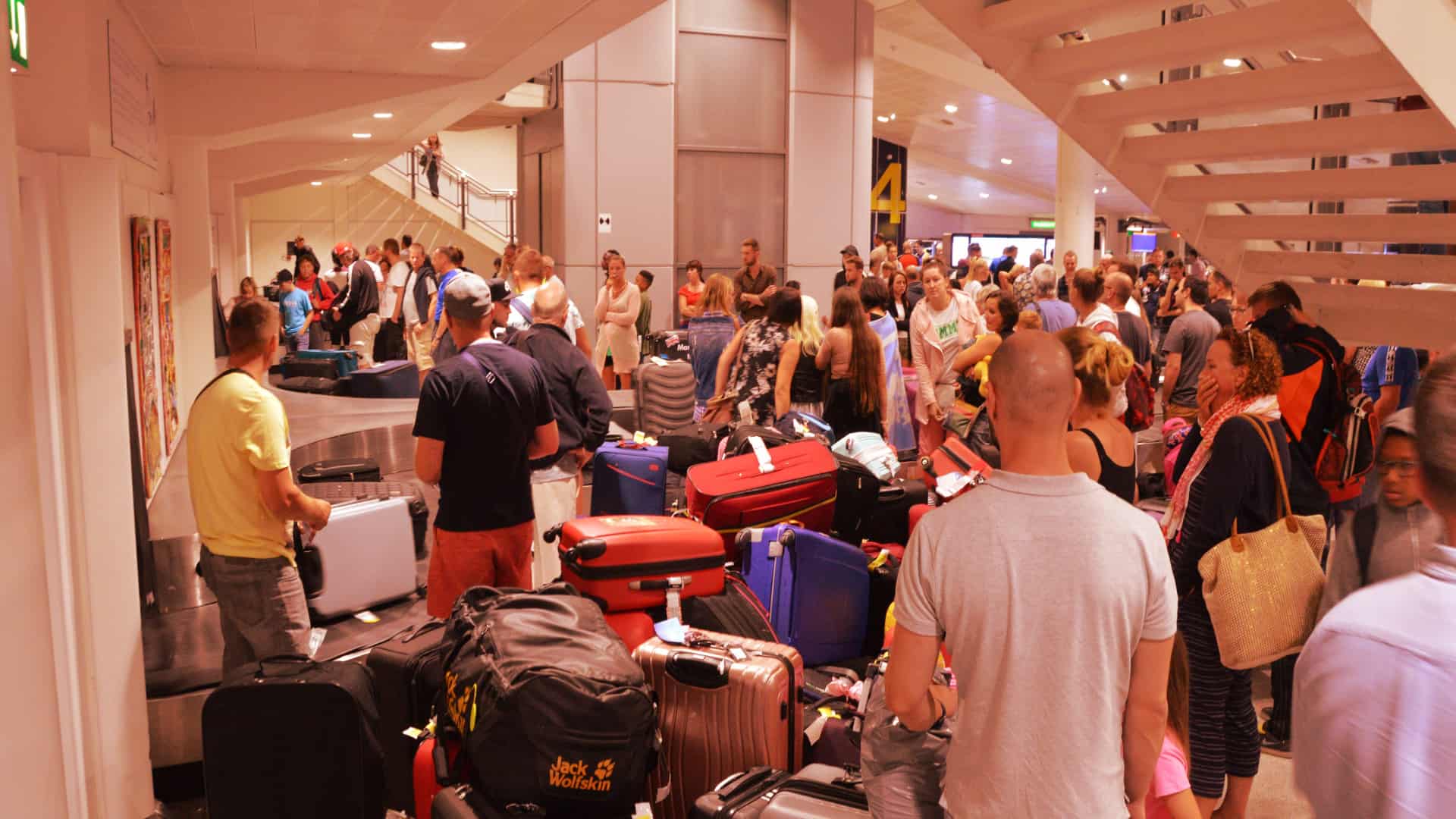 There are two enduring images of the ‘winter of discontent’ in 1979: piles of uncollected rubbish on the streets and striking grave diggers leaning on unused shovels. What is rapidly becoming known as ‘summer of discontent’ in 2022 will also be remembered for two scenes. The first is a sea of weary passengers at airport terminals, waiting hours for their plane to depart – or not at all in many cases. The second is a seemingly endless line of stationary cars and lorries queueing on the roads into Dover and Folkestone. The chaos at airports and ports begs the inevitable question: can travellers affected by the disruption claim compensation?

This year, more than any other, the prudent traveller will have booked a ‘package’ holiday with the protection provided by The Package Travel and Linked Travel Arrangements Regulations 2018 (The PTR). The PTR replaced the Package Travel etc Regulations 1992 which had not kept up with the way in which holidays are marketed, put together, and bought on the internet. The PTR apply where a combination of at least two different types of travel service for the purpose of the same trip are provided by one trader, or through a single point of sale (e.g. flights and accommodation), typically through a website.

Under the PTR, a tour operator is liable to reimburse the traveller and/or pay compensation for the improper performance of the holiday contract by one of the suppliers of services under the contract (e.g. an airline or hotel). If a package holiday is cancelled the traveller is entitled to a full refund. Often, the tour operator will first offer alternatives such as re-booking the same holiday at a future date, a different holiday, or vouchers to be used later. The traveller can accept such an option, if he or she wishes, but the entitlement to a full refund is the starting point and must be paid within 14 days of the cancellation date if that is what the traveller requests. That security is strengthened by the knowledge that the tour operator is liable to pay the refund, even if the issue that caused the holiday to be cancelled was the fault of another party involved in one of the components of the package, usually an airline.

Another common scenario in the context of a package holiday is that the flight is cancelled, but not the entire holiday. In those circumstances, the consumer is entitled to a suitable alternative flight and, in default of that, a full refund.

An extra layer of protection that a traveller has is that ABTA (in the case of rail, cruise only, and self-drive holidays that are booked with an ABTA member), and IATA (in package holidays that include flights), will step in if the tour operator goes into administration, arrange repatriation if necessary, and pay financial compensation that proves to be irrecoverable from the tour operator.

But what happens where an independent traveller books the various components of the holiday in such a way that the PTR do not apply, or a flight only? Air travellers have had a statutory entitlement to compensation since 2005 under EU Regulation 261/2004. The Regulation was written into UK domestic law on 31st December 2020, at the end of the Brexit transition period. This means that the rights of air travellers to claim compensation for cancelled and delayed flights have not altered, despite the UK leaving the EU. Where a flight on a UK or EU based airline is cancelled, the passenger is entitled to a full refund, or a replacement flight. Additionally, compensation is payable where the airline informs the passenger of the cancellation 14 days or less prior to the departure date. The level of compensation depends on the flight distance and whether a replacement flight is offered. The flight must depart from an airport from inside the UK or EU, even if the arrival airport is outside the UK or EU. If the departure airport is outside the UK or EU, but flies to an airport inside the UK or EU, the Regulation also applies so long as the airline is UK or EU based. For example, a flight from Cape Town to London on a KLM flight would be covered, but not one operated by Doha-based Qatar Airways.

The flight must be delayed by three hours or more in its scheduled time of arrival – calculated to the time when the aircraft doors are opened – to become actionable. The compensation scheme under the Regulation is, however, self-contained and although the air carrier is required to provide welfare at the airport (food, drink and in certain circumstances accommodation), the compensation does not extend to other wasted costs associated with the holiday (e.g. cancelled or reduced hotel accommodation at the holiday resort).

In flight delay and late cancellation cases, airlines often seek to avoid compensation for a flight delay by arguing that it was caused by ‘extraordinary circumstances’ beyond their control. Tour operators and airline companies are not responsible for the recruitment of baggage handlers, security, and other ground-side staff responsible for processing passengers. On the other hand, the very significant increase in bookings this year means that the delays and disruption at airports were arguably a foreseeable consequence of insufficient staffing at airports. Claimant passengers will also no doubt argue that a failure to re-hire staff in time for the busy spring and summer holiday period is not a sudden, unexpected event akin to an erupting volcano, or an extreme weather event. It will be interesting to see how these arguments play out, and whether any consistency in decision-making emerges given the disparate nature of small claims litigation conducted across the country.

It is therefore wise air travellers, particularly independent ones, who take out insurance cover against the risk of cancellation and flight delays, as well as illness or other unforeseen events that may prevent travel altogether. With increasing rates of covid infection, the risk of losing an expensive investment further underlines the need for all travellers to take out adequate insurance cover. According to ABTA, 8.6 million holidaymakers did not have travel insurance for their summer holiday in 2019, the last meaningful one prior to the pandemic.

For independent holidaymakers who find themselves stuck for hours on a Kent motorway, there is little, if any, legal protection. The cross-Channel ferry companies and Euro-Tunnel are powerless to accelerate a passport checking process that is now required because of the United Kingdom’s post-Brexit status as a Third Country in its relationship with the EU. Unlike flights, it does not appear as if ferries are being cancelled and anecdotal evidence suggests that most travellers do eventually board a ferry rather than turn round and go home, albeit much later than the one they were originally booked on. A travel insurance policy will typically provide compensation for delays caused by certain specified “covered reasons” including a travel carrier delay. A leading travel insurance provider specifies a minimum threshold of 12 hours’ delay and imposes a cap of up to £1,000 on the amount payable. Further, subject to the terms of the policy, an insurer may argue that the delays in travellers leaving Kent are not being caused by travel carriers (the ferry operators and Euro-Tunnel), but by delays in processing passengers by border control authorities which are not a “covered reason”.

The moral of the story is clear; a drizzly week building sandcastles with them in Scarborough is likely to be less stressful – and certainly less expensive – than a Tolstoyan length journey by car with young children to the sunny South of France. A package holiday that comes under the umbrella of the PTR and is ATOL or ABTA protection provides the traveller with the greatest level of financial security in the event of cancellation, interruption, or delay. Irrespective of their travel arrangements, and especially if they do not book a package holiday, any reputable tour operator and travel agent will firmly advise travellers to invest in the relatively modest cost of insurance cover. Despite the risk of having to argue over the small print of the terms about the cause of a delay, it is the ‘big ticket’ items, namely cancellation and interruption of a holiday, personal accident, medical emergencies, and personal liability, where the major financial protection for travellers - and peace of mind - lies.

Craig Moore specialises in travel law and claims arising out of accidents abroad. He has a wealth of experience advising and acting for both claimants and defendants in personal injury claims, spoilt holidays, illness claims, flight delay claims, and breaches of holiday contracts.