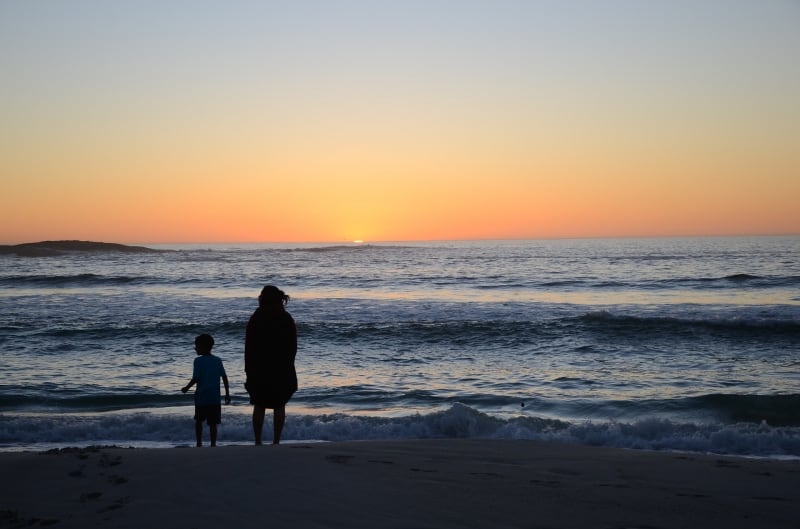 These were public law proceedings which were issued following acrimonious private law proceedings the previous year. The case concerned a six year old child, T. The private law proceedings commenced following the mother asserting that T had made allegations of sexual abuse against the father. These allegations were repeated on a few occasions by T to professionals however there were real concerns as to the veracity of those statements (he made limited assertions to a social worker on an occasion where the mother was aware of the impending visit, and the ABE interviews – he was subject to three – demonstrated numerous breaches of the good practice guidance.

The expert medial evidence in the care proceedings was neutral and the police determined to take no further action against the father.

Against that background the local authority sought no findings of sexual abuse against the father or any other person. It sought findings against the mother that she had either developed an unreasonable belief that T had been sexually assaulted or that she had deliberately fabricated the allegations.

The mother sought counter-findings of sexual abuse against the father and against a number of intervenors. In total eight intervenors were joined (albeit one was discharged prior to the conclusion of the proceedings). It was clear from the judgment that as part of the case management of the proceedings some time had to be taken in crystallising the specific findings made by the mother against the father and the intervenors.

The case was subject to considerable delay, caused in part by Covid-19. From T’s perspective his position was that he did not want to see his father and there had been no contact (save for limited indirect contact) since September 2018.

The case was listed before MacDonald J to consider whether it was necessary or proportionate for the findings sought by the mother against the intervenors to be determined and whether they ought to have been discharged from the proceedings.

The local authority submitted that the findings clearly and inevitably could not be made out on the balance of probabilities and that it was neither necessary nor proportionate for the matters to be determined. On the issue of intervenor status, it was submitted that each of the intervenors would be challenged by the mother in her opposition to the findings sought by the local authority but that given that their case (that the allegations were untrue or fabricated) was being advance by both the local authority and the father, there was no prejudice to them in being discharged as intervenors. The intervenors agreed as did the father and, forming an independent view of the evidence, did the children’s guardian.

The mother conceded that in respect of the intervenors (save for one) she was the only person to whom T had allegedly made any allegations of abuse and that there was no supportive evidence. Whilst not conceding that it was neither necessary nor proportionate for the findings to be determined it was set out that each of them would be required for challenge if discharged as intervenors. Whilst seeking to draw a distinction with the intervenor about whom T had spoken in his ABE interview it was conceded that it was unlikely that a finding of sexual abuse would be made out.

The case is helpful as MacDonald J summarises the relevant authorities in respect of two common legal issues: (1) whether to proceed with a finding of fact hearing; and (2) the discharge of intervenors.

MacDonald J reminded himself of the guidance of Ryder LJ in Re W (Care Proceedings: Functions of Court and Local Authority [2014] 2 FLR 431 that ‘it is the court which decides what the key issues are, that is the matters of disputed fact and opinion that it is necessary to determine in order to make the ultimate decision asked of the court.’

In determining whether or not to proceed with a finding of fact hearing the key test is still that set out by McFarlane J (as he then was) in A County Council v DP, RS, BS (By the Children’s Guardian) [2005] 2 FLR 1031 which was expressly endorsed by the Court of Appeal in Re F-H (Dispensing With Fact-Finding Hearing) [2008] EWCA Civ 1249. That is the nine matters which the court should bear in mind.

The discharged of intervenors was also considered – in particular whether a person appearing as a witness in public law proceedings who will face allegations being put to them but against whom findings are not sought ought to be intervenors in the proceedings.

The history relating to intervenors in proceedings was set out, the starting point being the guidance of Thorpe LJ in Re H (Care Proceedings: Intervenor) [2000] 1 FLR 775:

With regard to the effect of hearing a former intervenor’s evidence (as a witness rather than an intervenor) MacDonald J referenced Ward LJ in T (Children) [2011] EWCA Civ 1818:

‘As things stand at the moment, it would be for the judge to judge the credibility of this boy.  He may be able to say "I am not satisfied by him, therefore I cannot be satisfied that the complaint against the father is made out."  That is the end of it.  He can, of course, come to a conclusion that, having heard DH [the former intervenor], he is quite satisfied that DH has in fact abused KE and N and, although he said he is not intending to make findings, he may be driven not to make findings in the care proceedings as such, but to explain his judgment by expressing his conviction in that way. In any event, he, the judge, will deal with this on the disposal.’

Reference was also made to the overriding objective in rule 1.1 of the Family Procedure Rules 2010 and the observations of Butler-Sloss P in Re H (Care Proceedings: Intervenor) [2000] 1 FLR 775 regarding the costs to the state of lengthy finding of fact hearings will multiple publicly funded parties. This has been brought into even sharper focus in light of the current global pandemic and the observations of the current President of the Family Division, Sir Andrew McFarlane in The Road Ahead who (at paragraph 46) makes clear that ‘an oral hearing will encompass only that which is necessary to determine the application before the court.’

Also borne in mind in such applications must be the provisions regarding self-incrimination and the potential impact on criminal proceedings (including the provisions of section 98 of the Children Act 1989.

Having considered the factors set out above MacDonald J determined that it was not proportionate or necessary to determine the mother’s allegations and also that it was appropriate to discharge the intervenors.

This case bears consideration for a number of reasons. Whilst not carrying the binding authority of a Court of Appeal judgment it clearly enunciates and succinctly addresses key points which are of critical importance in the current climate: