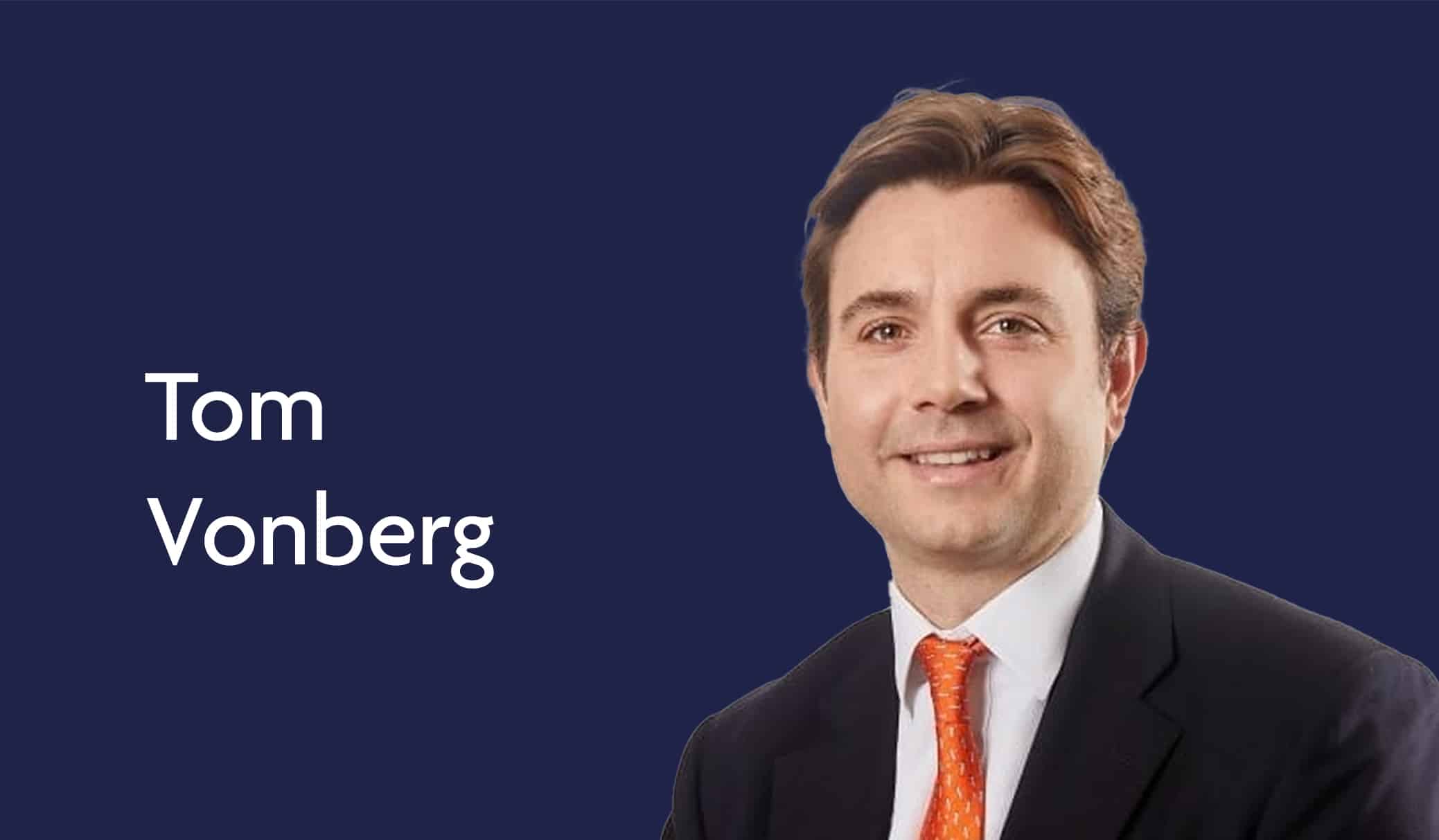 The decision of Mrs Justice Hill in Mathieu v Hinds and Aviva Plc [2022] EWHC 924 (QB) addressed a number of difficult quantum matters which are common to brain injury litigation.

This was not a case in which the parties had managed a great deal to narrow the issues – at trial the Claimant’s pleaded claim was in excess of £33 million whereas the counter schedule admitted £49,500. In the event, the Judge awarded a little over £3 million.

This was in the context of a Claimant who had been a 29-year-old studying for a degree in Fine Art when he was, as a pedestrian, struck by the Defendant’s moped and for which liability was admitted. His severe head injury encompassed subarachnoid haemorrhage, subdural haemorrhage and frontal lobe contusions. The Claimant thereafter suffered the typical panoply of neurocognitive issues and which were broadly agreed by the neuropsychological experts for each side.

Unsurprisingly, the substance of the quantum disagreement was reflected in the approach to the future loss of earnings claim. Post-accident the Claimant had developed a successful artistic career such that the Judge found as fact that he had the potential to command six figure sums per painting sold. The loss of earnings claim was essentially based on the shortfall caused by his loss of productivity (in terms of paintings created) consequent upon his neurological symptoms.

In arriving at a lifetime multiplicand to reflect future lost sales, the Judge admirably navigated the witness evidence of fellow artists, gallery owners and art experts rather than succumb to the Defendant’s submission that there were so many uncertainties surrounding earnings potential that the only appropriate award was one made pursuant to Blamire v South Cumbria Health Authority [1993] PIQR Q1.

However, the real interest of the decision to this writer was the Judge’s approach to the Claimant’s provisional damages claim and specifically that in relation to the claimed elevated risk of dementia as a result of the traumatic brain injury.

Whereas the elevated epilepsy risk consequent upon TBI is often uncontroversial in litigation, and indeed agreed upon by neurological experts, the same cannot be said of dementia and the causal link with a TBI. Nevertheless, it has become more or less de rigueur for Claimant neurological evidence to identify that the risk exists hand in glove with the established risk of epilepsy.

One of the practical issues for Claimant advisors is the degree, if any, to which the existence of an apparent dementia risk should be weighed in the balance when it comes to settlement and / or a claim for provisional damages. Nor has the dearth of reported decisions on the causation issues made that task any easier.

Mathieu is therefore a welcome and thorough first instance decision of the High Court at which well respected legal teams set out the competing arguments.

To recap, Section 32A of the Senior Courts Act 1981 underpins the Court’s jurisdiction to make a provisional damages award where:

There is proved or admitted to be a chance that some definite or indefinite time in the future the injured person will, as a result of the act of omission which gave rise to the cause of action, develop some serious disease or suffer some serious deterioration in his physical or mental condition.

Practitioners are well aware that the Claimant must meet a three-stage test if that jurisdiction is to be exercised – as first set out in Wilson v Ministry of Defence [1991] ICR 595 and subsequently approved by the Court of Appeal in Curi v Colina [1998] EWCA Civ 1326. This requires that the Claimant establish:

There is a welter of case law on all three issues surrounding the measure of chance, the meaning of “serious” and the circumstances in which the Court should exercise its discretion as opposed to making a once and for all award of damages.

However, the pressing issue in claims for provisional damages in which the trigger event is dementia is that relating to proof of medical causation.

Whilst the chance of developing the condition need only be small, the Claimant must also prove on the balance of probabilities the causal link with traumatic brain injury. To this end, while the dementia risk is now routinely advanced in such cases, to the writer’s knowledge there has not, until this case of Mathieu, been a fully reasoned judgment on causation as it relates to TBI and dementia.

In the Claimant’s case, the parties’ respective neurology experts who were Dr Richard Orrell for the Claimant and Dr Oliver Foster for the Defendant readily agreed in the joint statement that an elevated epilepsy risk existed of between 5 to 8%. However, their co-operation did not extend to the dementia issue.

The academic papers cited by Dr Orrell drove him to the view that the Claimant’s risk of developing dementia caused by the traumatic brain injury was substantially higher than the risk to the background uninjured population – potentially 2 to 4 times higher depending on the age the condition manifested. The papers and studies relied upon were those commonly cited by expert neurologists and included Agrawal and Ford (July 2018)1, Barnes et al (May 2018)2,  Fann et al3 and Nordstrom and Nordstrom4.

Interestingly, in addition to those familiar studies, Dr Orrell also cited a recent 2019 paper by Professor David Sharp and Dr Neil Graham5 - two well respected and academically active neurologists at Imperial College London. Their paper claims an established link between TBI and “progressive neurodegeneration and dementia” and that the “all-cause dementia risk is increased by around 1.5 times” in cases of TBI. As was evident from her Judgement, this paper piqued the Judge’s interest but ultimately, absent the authors being called as witnesses in the trial, she did not find it tilted the balance in favour of the Claimant.

On the other hand, the broad thrust of Dr Foster’s position for the Defendant was that the literature was a “mess” and whilst he accepted that there were studies to suggest an association between TBI and dementia, he contended that this did not necessarily imply medical causation. Dr Foster also highlighted some of the criticisms regularly made of the research to date which contended that there is a causal link - including criticism of retrospective analysis, observer bias and, fundamentally, the basis on which dementia is said to have been diagnosed in patients.

These were the arguments that found favour with Mrs Justice Hill. With reference to a meta-analysis of 68 research papers by Hicks et al6 which was published relatively recently in December 2019 the Judge identified in fairly frank terms, at paragraph 334, that:

The Hicks teams’ conclusions surely cast significant count on those previous studies which found an association between single TBI and dementia. This is not to resort to “nihilism” as Mr Huckle said Dr Foster was doing, but to recognise that the most recent meta-analysis is itself leaving open the question of whether there is a sound scientific basis for the assertion that a single TBI can cause dementia.

And with that, the Judge declined to find that “on the current state of the science”, the Claimant had established on the balance of probabilities that there was a more than fanciful chance that his brain injury would lead to him developing dementia.

The Claimant in Mathieu may well have lost on this issue, but what is interesting from a medico - legal perspective is that the science is in a state of development such that it is probably just a matter of time before a different Claimant runs this argument again and likely with a better quality of medical literature available to them.

In her Judgment, paragraph 333, Justice Mills highlighted that the Hicks team had expressed their hope that more robust studies in the future would “help the research community in finally answering the question as to whether a TBI does indeed increase the risk of [Alzheimer disease]”. Likewise the Judge speculated whether the authors of the Graham and Sharp paper were likely to take issue with the findings in Hicks as to the inconclusive nature of the causation evidence. All of which is to underscore the present uncertainty in the medical community and, therefore, amongst injury lawyers.

In truth, when faced with what even Dr Orrell accepted was a wide range of opinion on the issue, one can see why the Judge approached this aspect of the claim cautiously and found that the causal link was not established for the purpose of Section 32A.

Following this decision, in view of the literature as it stands, it would undoubtedly be a brave Claimant team to run a provisional damages argument based on dementia risk alone. But Defendants will not rest easy. This is far from a settled debate.

2 - Barnes et al, Association of Mild Traumatic Brain Injury with and Without Loss of Consciousness With Dementia in US Military Veterans, JAMA Neurol 2018: 75(9): 1055-1061

5 - Graham and Sharp, Understanding neurodegeneration after traumatic brain injury: from mechanisms to clinical trials in dementia, Journal of Neurology, Neurosurgery and Psychiatry 2019; 90: 1221-1233

Tom has significant experience of brain injury litigation. He has acted in many cases of traumatic and acquired injury in both the personal injury and clinical negligence context. Tom has an interest in the medical issues which arise in these types of claim and he has appeared at trial in the High Court where the arguments have included the Claimant’s entitlement to claim provisional damages.