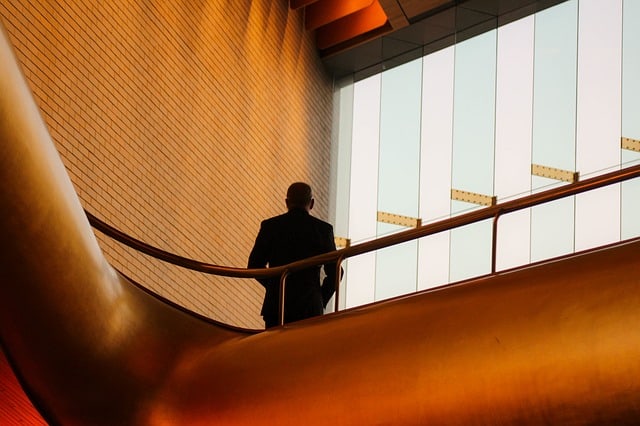 Robert Dunn examines the case of R (on the application of UNISON) (Appellant) v Lord Chancellor (Respondent) [2017] UKSC 51, in which the Supreme Court unanimously held that tribunal fees in the ET and EAT were unlawful.

BACKGROUND TO THE ET

Lord Reed began by setting out the purpose of the ET. His Lordship noted the particular nature of employee rights, being there to address the imbalance of power commonly present in the employment relationship. Such important rights had to be enforceable to be meaningful. Moreover, the ET was the sole forum to hear most claims regarding the protection of those rights, and so it was the ET which had to ensure their enforceability. Looking back to the genesis of the ET in the 1960s, Lord Reed also highlighted that ETs were initially free as they were specifically designed to protect the low paid, unemployed, and minorities; they had a vital social, as well as legal, role.

THE REASONS FOR THE FEES

The Government relied upon 3 key reasons for the introduction of ET fees in their 2011 Paper ‘Resolving Workplace Disputes. These were, in short:

The result was the Employment Tribunals and the Employment Appeal Tribunal Fees Order 2013, SI 2013/1893. As practitioners know well, this provided both issue fees and hearing fees for ‘Type A’ and ‘Type B’ claims. Type A claims are short, requiring little pre-hearing work, with Type B claims comprising the rest. A remission system was put in place, with the availability of full or partial remission, either on the basis of a ‘disposable capital test’, or the Lord Chancellor’s discretion for ‘exceptional’ cases.

It is here that Lord Reed began to make criticism. His Lordship noted the Type B fees were significantly higher than in County Court small claims, and that the Type A/B structure penalised more complex claims, unlike the County Court. This was unjustified. Regarding the remissions, the disposable capital test was deeply problematic. If a prospective Claimant, and their partner, together had over £3,000 in savings, remission was unavailable. Therefore, if a Claimant was unfairly made redundant, and received a £3,000 redundancy payment, that would be enough to bar any remission. This issue was exacerbated by the fact that, even if successful, one often cannot recover costs from the other side, and that many ET awards are modest, and so may not even exceed the fees paid.?

THE IMPACT OF THE FEES

Firstly, the Supreme Court held that the fees were unlawful under English law. There is a constitutional right of access to justice in English law; R v Secretary of State for the Home Department, Ex p Saleem [2001] 1 WLR 443. Quoting the Magna Carta, Lord Reed held that this is crucial to the rule of law, and is vital to ensure that granted rights have some meaning. This right was not solely for the benefit of those using the Courts at any given time either: the common law was shaped through case law, and many thousands of benefited from rulings such as that in Donoghue v Stevenson [1932] UKHL 100.

Whilst access to justice is not immune from any inference, and the government’s aims were not illegitimate, the 2013 Fees Order had a disproportionate interference upon this fundamental right. This was the case of the reasons stated above. The remission system was not adequate enough, and this finding could be obviated by the ‘exceptional circumstances’ discretion; this was too narrow to solve a systemic problem. Moreover, even for a more well-off Claimant, the Fees Order still threatened access to justice by making it financially pointless to bring some more modest ET claims, however meritorious they were. As a final point, for any interference to be lawful, it would have to have been made by a primary Act of Parliament, and not a statutory instrument such as an Order.

Secondly, the Order was unlawful under EU law. Of the rights enforceable in the ET, 24 have their source in EU law, and therefore the EU had oversight of their enforcement. The EU recognised a general principle of ‘effectiveness’, and Article 52 of the Charter of Fundamental Rights recognises the right to ‘an effective remedy before a tribunal’. Again, for the reasons states above, the Fees Order was a disproportionate interference with this right.

Lastly, Lady Hale found that the Fees Order constituted indirect discrimination. The requirement to pay fees for a Type B claim was a ‘PCP’ under Section 19 of the Equality Act 2010, which disproportionately affected women. Type B claims include discrimination claims, and women are more likely to bring this claim then men. Lady Hale then held that charging higher fees for Type B claims was not consistent with the aims of the Fees Order. The government wished to discourage vexatious claims with higher fees, but whilst one may have thought the higher Type B fee would therefore have a greater deterrent effect, the evidence suggested a greater fall in the number of Type A claims than Type B claims.

For Claimants, this is fantastic news. It is a victory for access to justice, and for their bank balances, with prepaid fees having to be repaid by the government. And what about those who could not afford the fees, and so their limitation period has expired? This may be a factor for why it was ‘not reasonably practicable’ to have brought a claim within the limitation period, leading to extensions being granted. Moreover, if, as many commentators suspected, the government’s true aim in introducing the fees was to reduce the cost of successful claims on HMRC, the NHS, and other public bodies, they have been found out. One cannot promise extensive employment rights with one hand, and yet effectively prevent their enforcement with the other.

For Respondents, the ruling will likely be a blow: the number of claims being brought will be expected to rise. The government’s only appeal option would be to the European Court of Justice, which, as well as politically embarrassing in the current climate, would not overturn the Supreme Court’s findings on the Order’s unlawfulness under English constitutional law. Therefore, the likely response would be to introduce a new fees regime, probably with lower fees, a more substantial remission scheme, and redressing the issues with the Type A/B fees disparity which led to Lady Hale’s findings on discrimination. Respondents may also begin to pressure the government on other ways of reducing vexatious claims, perhaps through a strengthening of the costs recovery mechanism for unsuccessful claims.