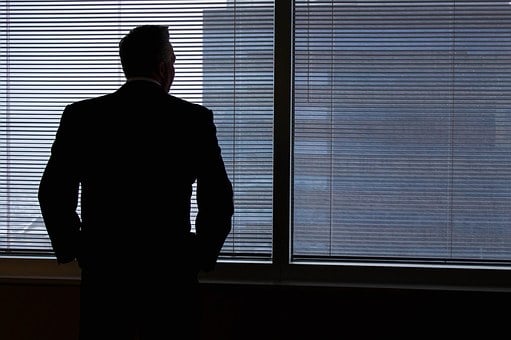 The Claimant brought a claim for professional negligence against his former solicitor which falls within the category “VWF Professional Negligence Litigation”[1].  The solicitors negligence is unusual as it involves the application of  a Claims Handling Agreement (CHA) which was used by the miners to claim compensation from the Department[2] of Trade and Industry (DTI).  The Judgement of the Court of Appeal provides some helpful guidance on the “causation issue” in professional negligence claims generally and when a finding of fact can be overturned on appeal.

The Claimant was one of many miners who brought a claim against the DTI for compensation due to his exposure to vibration which consequently resulted in the Claimant suffering VWF (Vibration White Finger, a form of Hand Arm Vibration Syndrome (HAVS)).  The Defendant was the Claimant’s solicitor instructed to pursue such a claim.  Under the terms of the CHA the Claimant attended for a medical examination.  A medical report was produced which diagnosed the Claimant with VWF and a staging of 2V or 2SN late.  Consequently, under the terms of the CHA the Claimant was presumed to require assistance with “services”.  Such “services” included tasks such as gardening, window cleaning, DIY, decorating, car washing and car maintenance.

The Claimant’s claim was dismissed.  His Honour Judge Saffman held the Defendant’s negligence had not caused the Claimant to suffer a lost opportunity as the Claimant had not established that he “honestly” met the “factual matrix” for making the claim for services.  In other words the Judge did not accept the Claimant required assistance with tasks which before the onset of the VWF he needed no assistance with.[3]  The effect of the Judgement was the Claimant had suffered no loss and therefore no compensation was awarded.

The Claimant succeeded on each of the six  grounds of appeal.  For the purpose of this note I will focus on the most important issues namely causation and the limited exceptions in which an Appeal Court can overrule the factual findings of a trial judge.

The question the Court should have determined was whether the Claimant would ever or could have brought an honest claim for services if he had been properly advised in 1999.  The Judge wrongly considered whether the Claimant was unable to carry out the relevant tasks without assistance, on the balance of probability, and further asked the question, on the balance of probability, could the Claimant have brought an honest claim?[4]  The Judge considered the issue on the basis of what the Claimant could do in 2015 and not 1999.  The correct date for analysis was 1999, when the Claimant initially brought the claim against Raleys[5]

The questions which the Judge should have asked were:

Stage 1            In 1999 if the Claimant was properly advised would he have acted differently and brought a claim for services ?

The Court of Appeal found stage 2 should have been considered on the basis of a loss of chance (%) and not the balance of probability. In a negligence claim against solicitors for negligent omission in which there is no claim against a third party the Court should have considered the matter:

“on a percentage basis unless it is overwhelmingly clear on the material before the court that the Claimant was almost bound to succeed or had, conversely, only a negligible prospects of success in which case the court may move to a 100% or nil award[7]”

“Raley’s defence in the present case is an unfortunate exemplar of insurers putting the Claimant to proof of every issue in the underlying claim.  Such an approach is intellectually unsound; it requires the court, inevitably many years later, to investigate whether a Claimant who as here, may be unsophisticated and not have kept records, to prove what he would have done many years earlier.  In cases of admitted or proven negligence, on the part of solicitors or other professional, that should not be the correct approach.  Nor in my view do the authorities support it”[8]

The evidence before the Court in the present case was not “overwhelmingly clear” for the Court to conclude the Claimant had a negligible prospect of success and dismiss the claim[9].  This is logical.  The Claimant had a medical report which diagnosed him with VWF and a staging which triggered the  presumption that the Claimant was entitled to a services claim.  If anything it was “overwhelmingly clear” the Claimant was likely to be awarded services in 1999.  The only real question to determine was the level of compensation.  It could be said this is akin to a case in which liability was admitted and the only matter to be determined was the level of damages.  In such circumstances it must be obvious the Claimant will be entitled to some damages and therefore the prospects could not be considered to be negligible.

The Claimant’s credibility/honesty is to be considered by the Court when assessing the loss of chance (in a professional negligence claim) at stage 2.  It should not be considered at stage 1 (see above).  The burden is on the Defendant to prove dishonesty[10].  It is also incumbent on the Defendant to put allegations of dishonesty clearly to the Claimant in cross examination[11]

In the current case the Defendant relied on the Claimant’s chronic back pain, facebook entries relating to the Claimant fishing and thereafter an extensive cross examination on historical medical entries from many years before.  The Judge was criticised for placing too much reliance on the unsatisfactory answers given by the Claimant to questions on these medical records which spanned over 20 years.

Defendant’s appear to be continually ignoring the judgement previously given by the Court of Appeal in which the Court described the Defendant’s attack on the credibility of Claimant’s in such cases as “misjudged.  One has to keep in mind that his original claim was in relation to the Scheme and was not one made in the course of conventional civil litigation”.[12]  This supports the Court’s conclusion in Perry that a mini-trial should not be conducted and further the trial for the loss of opportunity be conducted in a comparable way to the original claim  (in the case of Perry) under the CHA in 1999.

When a Factual finding can be overruled on appeal

In Perry His Honour Judge Saffman accepted the evidence of Professor Kester which diagnosed the Claimant with VWF and a  (MAP 1 report from the original claim) staging of 3SN and 3V.   Despite this HHJ Saffman was not persuaded that the Claimant could not perform services which he undertook before the onset of VWF; this was considered to be a question of credibility.

The Court of Appeal reviewed the relevant case law at paragraphs 24-26  and reached the conclusion the case fell within the category of “very rare cases” in which the Appellate Court could interfere with the factual determinations of the trial judge.  The Court of Appeal found the Judge had erred not on one but four counts:

This case is an extremely useful judgement for Claimant’s pursuing professional negligence cases.  The Court of Appeal severely criticised the Defendant’s conduct:

“This is a case where Raleys refused to accept  that they were in negligent breach of duty until two days before trial; where the defence which they filed to Mr Perry’s claim raised every conceivable defence, including putting Mr Perry to proof that he would have succeeded in his claim under the scheme; where Raleys effectively side-lined the findings of the jointly instructed sole expert, Mr Tennant and attempted contrary to clear statements in the authorities, to conduct a trial of the underlying issues in the hypothetical claim under the scheme”[14]

This conduct was penalised with the 8% interest rate awarded[15].  It remains to be seen if indemnity costs were awarded.  However, if future Defendant’s do not heed the warnings of the Court of Appeal Claimant’s solicitors would be justified in seeking  indemnity costs.

In cases such as the present, the Claimant had a medical report from the time of the Defendant’s negligence diagnosing VWF and a presumption of a services award under the CHA.   How can the case be anything other than “overwhelmingly clear”?  The Claimant received some compensation but not enough.  Consider the role of a solicitor.  Clients approach solicitors placing their trust and faith in them, solicitors receive remuneration for their services.  If the solicitor acts in breach of duty is it not fair and just that the Claimant should not have to prove his case a second time when the Claimant has already been successful?

The “causation issue” and the circumstances in which a professional negligence trial should be a “mini-trial” continues as some Defendant’s seek to re-open the original diagnosis of VWF which was made at the time of the original action.