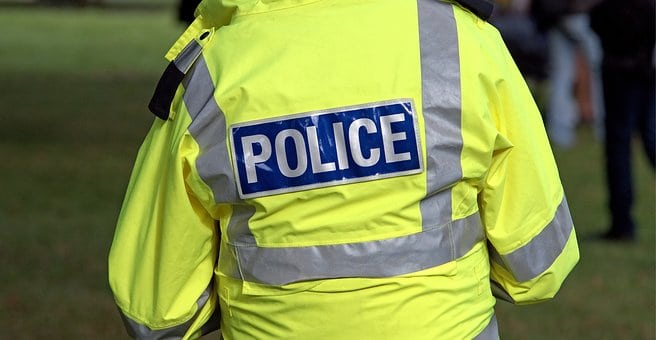 Robert Dunn examines the case of Chief Constable of Greater Manchester v Bailey [2017] EWCA Civ 425 where the Court of Appeal provided guidance on the application of the victimisation and direct discrimination provisions of the Equality Act 2010, and held that authoritative material on an organisation’s previous conduct or attitudes could be considered in determining whether the motivation of a decision-maker was discriminatory.

The Respondent was a black detective constable. In 2007 and 2008 he brought claims of racial discrimination against GMP, which were settled in 2009. As a part of this settlement, he would be seconded to a ‘Regional Intelligence Unit’ for a 2-year period, with the benefit of police car to commute. In 2012, he was moved elsewhere and placed on a different operation, without the benefit of a vehicle or travelling expenses. The Respondent made internal complaints, but these were rejected.

The Respondent brought claims of 7 detriments, mainly concerning the above actions by the Appellant, but also concerning the manner in which his complaints were dealt with. He alleged that all of these detriments amounted to both victimisation and direct discrimination. The ET dismissed the claims regarding detriments (A - B), and this was not pursued further.

Regarding (C - F), the detriments allegedly arising from the Respondent’s secondment being ended, the ET found they constituted victimisation, but not discrimination. The EAT agreed, holding that the Respondent’s detriments flowed from his protected act of making previous discrimination claims in 2007/2008, and from his making of his recent complaints. Regarding (G), concerning the handling of the Respondent’s compliant, this claim was upheld in both victimisation and discrimination. The current complaint had been adversely dealt with because of both the previous compliant being made, and because it had concerned race and so had sub-consciously affected the decision-maker.

GMP, the Appellant, appealed on the basis that:

Underhill LJ began with a helpful recitation of the key statutory provisions. His Lordship noted that both in section 27 of the Equality Act 2010, for victimisation, and in section 13, for direct discrimination, the question is whether a detriment, or less favourable treatment was done ‘because’ of a protected act, or their protected characteristic. ‘Because’ is the key word. Crucially, this is not identical to a ‘but for’ test; Ahmed v Amnesty International [2009] ICR 1450. One is looking for the ‘reason why’ the treatment occurred. Where treatment is not inherently discriminatory, one must look into the ‘mental processes’ of the putative discriminatory. Quoting Shamoon v CCRUC [2003] ICR 337, the Court had to ask: ‘Was the Respondent’s race the reason that he was treated this way?’

Underhill LJ allowed the appeal of GMP regarding claims (C-F). The ET had found that the detriments occurred simply because the Respondent’s secondment period had expired. This was inconsistent with their other findings that the detriments were done because of his previous claim. The ET were wrong to have held that, in effect, as the Respondent undertook a ‘protected act’ in 2009 by making a claim, that all subsequent adverse acts of GMP were detriments arising from that. The ET’s analysis relied upon a pure ‘but for’ test, and failed to consider the real ‘reason why’ his secondment ended. If detriments (C-F) truly had been done ‘because of’ the Respondent’s 2009 successful race discrimination claims, they would necessarily have also been done because of the Respondent’s race; yet the ET had dismissed the discrimination claims, and the Respondent had not sought to challenge this.

Regarding detriment (G), the ET had firstly erred in finding that a successful victimisation claim arose from the complaint itself: this had not been pleaded by the Claimant. Concerning the discrimination claim, there was no absolute bar on considering general evidence of an institution’s historic discriminatory conduct or attitudes. However, such evidence should be authoritative material that such conduct/attitudes were widespread, it should have probative value in suggesting it was ‘more likely’ that the individual discrimination complained of had occurred, and an ET should specify the particular reason why that material had probative value. Care should be exercised by an ET; there is no general doctrine of transferred malice here. In the present case, the ET’s reasoning as to why it allowed a ‘Learning Lessons’ Report, a case review, and an IPCC report, was inadequate. Thus, the findings about the decision-maker’s motivation in rejecting the complaint were unsafe, and the issue was remitted to the ET?

Concerning the first ground of appeal, whilst Underhill LJ’s judgment does not advance the law in any great way, it is a useful example of how to properly apply the ‘because of’ test. The citations of Ahmed and Shamoon are of use, and will likely be well-known by practitioners.

Further helpful guidance is provided by the, albeit uncited’, House of Lords case of R (E) v Governing Body of JFS [2009] UKSC 15. There, Lord Phillips held that there are 2 types of ‘because’ situations. Firstly, there is a ‘James-type’ situation (based on James v Eastleigh BC [1990] 2 AC 751), where a person received less favourable treatment because the factual criterion applied was inherently discriminatory. In such a situation, motive was rightly irrelevant. Secondly, there is the ‘Nagarajan-type’ situation (based on Nagarajan v London RT [1999] UKHL 36), where the reason for the treatment is more unclear, and it becomes necessary to explore the ‘mental processes’ of the alleged discriminator. The effect of Underhill LJ’s judgment in the present case is to hold that the ET applied the ‘James-type’ test, when it was in fact a ‘Nagarajan-situation’, and that ultimately the evidence was not adequate to make a finding that the decision-maker’s ‘mental processes’ were discriminatory.

Note should also be taken of the Court of Appeal’s ruling as to the admissibility of evidence of widespread discriminatory attitudes or conduct in an institution. For Claimants therefore, it is worth looking for such material on an institution’s webpage, or on the webpage of any regulatory or reviewing organisation, such as the IPCC in the present case. Respondents must be aware of this, but can take solace from the Court’s requirement for specific reasons for the admission of such information.?