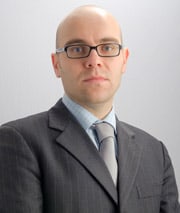 Andrew Sugarman represented a group of fee paid judges of the First-tier Tribunal (Immigration and Asylum Chamber) in the Employment Appeal Tribunal on Friday 14th November in a part time worker discrimination test case. The judges claim that they were treated less favourably than their full time colleagues in respect of fees they have received for writing up judgments. The case follows the well publicised decision in O'Brien v Ministry of Justice allowing fee paid members of the judiciary the right not to be discriminated against on the grounds of their part time status.   Andrew was not involved at first instance when their claims were unsuccessful but has been acting for the judges in relation to their appeal to the Employment Appeal Tribunal.  Langstaff P ordered there be a Preliminary Hearing before himself to determine the prospects of success of the appeal, which also raises important procedural issues about the position of those whose claims are stayed behind that of a lead claimant. At the hearing on Friday, the EAT has determined that the appeal is arguable and raises important jurisdictional issues and a full hearing is anticipated early next year.

Andrew will appear again in the Employment Appeal Tribunal in December in another arm of the litigation where he acts for a Valuer Chair sitting in the First-tier Tribunal (Property Chamber) in relation to his claims of discrimination arising out of inter alia his exclusion from the judicial pension scheme.