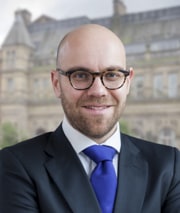 Just and Equitable Extensions of Time

Just and Equitable Extensions of Time

Miller and others v MoJ

In Miller and others v The Ministry of Justice and Thompson v Ministry of Justice & Department for Communities and Local Government [2016] UKEAT 0003_15_1503 the Employment Appeal Tribunal considered whether it was just and equitable to extend the 3 month primary limitation period for the benefit of many part-time judicial office holders whose claims against the Ministry of Justice under the Part-time Workers (Prevention of Less Favourable Treatment) Regulations 2000 were found to be out of time by Employment Judge Macmillan. Appeals against the findings on the primary limitation period had already been dismissed by the Court of Appeal.

Laing J in EAT reaffirmed the well known passage in Robertson v Bexley Community Centre [2003] EWCA Civ 576 that whilst the discretion to extend time is a wide one (paras 23 and 24), time limits are to be observed strictly and there is no presumption that time will be extended: the exercise of the discretion is still the exception rather than the rule (para 25). The EAT rejected the submission of Robin Allen QC on behalf of the Miller claimants that Chief Constable of Lincolnshire v Caston[2010] EWCA Civ 1298 had “corrected” or overruled para 25 of Robertson, such as to loosen the test.

Laing J also reflected on the “balance of prejudice”, which is usually very relevant in an application to extend time. She rejected the contention that it was an error of law not to expressly balance the relative prejudice to the parties: it is for the ET to decide which potentially relevant factors are in fact relevant. The prejudice to a Respondent of losing a limitation defence is “customarily relevant” to the exercise of this discretion. She went on, citing DCA v Jones[2007] EWCA Civ 894:

It is obvious that if there is forensic prejudice to a Respondent, that will be “crucially relevant” in the exercise of the discretion, telling against an extension of time. It may well be decisive. But, as Mr Bourne put it in his oral submissions in the second appeal, the converse does not follow. In other words, if there is no forensic prejudice to the Respondent, that is (a) not decisive in favour of an extension, and (b), depending on the ET's assessment of the facts, may well not be relevant at all. It will very much depend on the way in which the ET sees the facts; and the facts are for the ET. I do not read the decision of the EAT in DPP v Marshall [1998] ICR 518(and in particular paras 527H-528G, which were relied on by Mr Allen and Mr Sugarman) as contradicting this approach; but if it does, I bear in mind that the observations relied on are from the EAT, and pre-date DCA v Jones.

The passage in DPP v Marshall which was relied upon included the following :

The industrial tribunal must balance all the factors which are relevant, including, importantly and perhaps crucially, whether it is now possible to have a fair trial of the issues raised by the complaint.

Thus, Laing J rowed back from the idea that a particularly important factor was whether the delay had put in jeopardy the possibility of a fair trial and, in turn, whether the respondent was caused any prejudice beyond the mere loss of a limitation defence.

In these cases, it was not in issue that the claims would have been stayed had they been issued in time. Indeed, the MoJ had issued a Moratorium on fresh claims shortly after time expired for some claimants. Further, many of the claimants would have succeeded but for the time point. The EAT was not persuaded that the Employment Judge had failed to take those features properly into account nor that they were sufficiently powerful to mean he had erred in law by not extending time.

In Mr Thompson’s case, the fact he was told by solicitors at a point when his claim was in time that “on balance” he did not need to bring a claim, was not treated as an exculpatory factor in his favour. Rather, it was thought that advice ought to have alerted him that the position was doubtful and he was taking a risk by not bringing a claim in time.

The judgment illustrates that even in cases where a respondent can show no forensic or evidential prejudice and a claimant can show that he is being deprived of an otherwise meritorious claim, an extension of time will not necessarily be granted. It remains the exception rather than the rule.