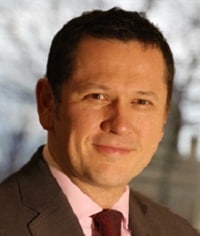 On 15th March 2017, the Court of Appeal handed down its long-awaited decision in the combined McBride / Clayton appeals. The decision represents a firm endorsement of the ‘lowest reasonable rate’ approach advocated in Stevens v Equity. It also provides welcome clarity in relation to the vexed question of whether a Claimant is entitled to recover the full credit hire rate where a Defendant fails to adduce nil excess basic hire rate evidence.

Parklane Plowden barrister, Steven Turner, who is nationally recognised for his expertise in this area, was counsel for the Respondent in McBride, namely UK Insurance Limited.

The Claimant (in reality AEL) appealed the lower courts decision on 3 (and a half)  Grounds:

Ground 1: The Judge had been wrong to apply Stevens, since that decision could not be reconciled with the earlier decisions in Burdis and Pattni/Bent. AEL effectively argued that Stevens should simply be disregarded as a rogue decision.

The Court expressed the firm view that Stevens properly states the law. However, although the Court rejected the appeal on Ground 1, they did grant permission to appeal to the Court of Appeal. They did that so as to give AEL the opportunity to petition the Supreme Court.

Ground 2: The Judge had been wrong to find that the BHR rates selected were from mainstream providers.

This point was dealt with very shortly and permission to appeal was refused. There had been evidence before the Judge (in terms of website print-outs) sufficient to demonstrate that the companies surveyed were either mainstream or local reputable providers. The question had been one of fact for the Judge and the Court of Appeal would not interfere.

Ground 3: The Judge had been wrong to take the selected comparable rates into account, as none carried a zero excess.

The decision on Ground 3 is likely to have the most immediate impact on day to day credit hire litigation. AEL argued that, where a Defendant could not show a comparable rate with a nil or modest excess, a Claimant ought to recover the full credit hire rate by default.

The Respondent countered that such an approach would lead to an unwarranted extension of Lagden. Claimants whose credit hire rates obviously contained additional benefits would recover damages representing the value of those benefits, even though they could have afforded to hire a car in the local market.

The Court accepted the Respondent’s submissions in full, holding that separating out the CDW provided a principled, elegant and simple solution in cases where there were no nil excess BHR comparables. By addressing CDW as a separate issue, the Court could ensure that the irrecoverable benefits were stripped out whilst at the same time allowing the Claimant an appropriate sum for the cost of eliminating the excess. The decision is summed up at paragraph 76:

Accordingly, in my judgment, where a nil excess is not available from car hire companies, the correct approach is to treat the nil excess separately from the comparison exercise between the default credit hire rate and the basic hire rate with an excess. It will almost invariably be the case that it was reasonable for the claimant to seek a nil excess for the reasons given in Bee v Jenson and, on that hypothesis, the only question for the Court will be how much should be recoverable as the cost of purchasing a nil excess.

Ground 3A: Alternatively, if the Judge was entitled to take such rates into account, he ought to have made a reasonable adjustment to reflect the cost of purchasing CDW to eliminate the excess.

The Court held that, where it was appropriate to treat the nil excess question separately, the Court ‘may well’ decide that the cost of a stand-alone product (such as Questor) ought to be allowed in place of the CDW purchased from the credit hire company. On the facts of McBride, however, the Defendant had failed to demonstrate that a stand-alone product would have been available (due the high value of the Claimant’s vehicle). The Claimant recovered the £10 + VAT per day charged by AEL instead.

The approved judgment can be view here

Parklane Plowden Chambers has a team of 40 specialsit Credit Hire barristers who are routinely instructed by major law firms and insurance companies in claimant and defendant roles.