Noise Induced Hearing Loss – What is an audiogram?
Legal Update 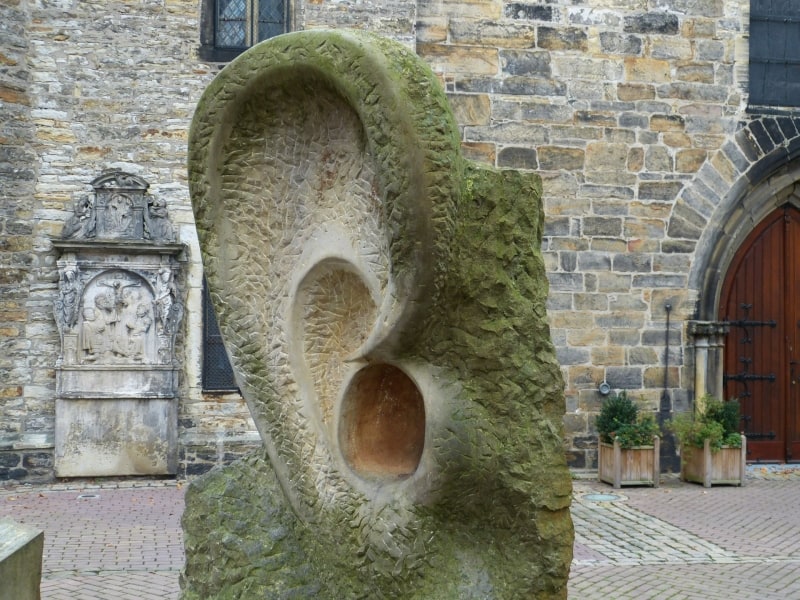 Noise Induced Hearing Loss – What is an audiogram?

This article is aimed at those who are new to disease work, or those who only come across such cases periodically.  The contents may be considered simple for those who see such cases regularly.

Noise Induced Hearing Loss – What is an audiogram?

This article is intending to provide information on audiograms, including what they are and how they are conducted. For more information on how to interpret audiograms in noise induced hearing loss (‘NIHL’) cases look out for later articles in this series.

What is an audiogram?

Along the horizontal axis of an audiogram, the frequencies are represented from lowest to highest. These are typically 0.25 – 8 kHz. The sounds, therefore, become higher in pitch as you move from left to right.

How is it done?

Pure tone audiometry is the type of testing which will be undertaken for NIHL purposes.  This plays sound at single frequencies (hence ‘pure tone’) and at different levels.  ‘Air conduction’ testing is completed using headphones, whilst ‘bone conduction’ testing is essentially playing sound through the bones in the skull which are heard in the ear.  Only the air conduction readings are used for calculations, with bone conduction testing only completed to check if there is any ‘conductive’ hearing loss. Conductive hearing loss is not caused by noise exposure and is a type of ‘sensorineural’ hearing loss.

The British Society of Audiology (‘BSA’) created a recommended procedure for pure tone audiometry. This was done to try to increase the reliability of audiometric testing.

Prior to the testing

The BSA requirements include that the patient’s ears must be checked for wax prior to the testing and if they have wax present it must be removed by a qualified person. The patient must also be asked if they were exposed to loud noise in the previous 24 hours. This is asked because loud noise can cause temporary hearing loss. If the answer is yes, then more details must be taken. For the purposes of a BSA test ‘loud’ is determined as an environment where you would need to shout to communicate over 1 metre. Patients should also be asked if they have tinnitus.

The ambient noise in the testing room must be controlled and recorded. This may be achieved with a soundproof booth, but this is not a requirement. The ambient noise should not exceed 35 dB (A). dB(A) represents a weighted scale of loudness. Silence at home or in a calm countryside at night is likely to measure around 40dB. A room at 35 dB (A) is exceptionally quiet.

The Patient will be given a button to press. They will be asked to press the button when they hear a sound for as long as they can hear it.

The test is first done on the better hearing ear according to the patient’s history. The test is completed in the following order 1 kHz, 2 kHz, 4 kHz, 8 kHz, 0.25 kHz and 0.5 kHz. On the first ear, 1 kHz is then repeated. If there is no more than 5dB difference in the repeated test of 1 kHz, then the original value is taken. If there is a large difference, then more investigations may be required. On the second ear, the test is done in the same order but there is usually no need to repeat 1 kHz.

Accordingly, audiograms show a patient’s hearing abilities at the individual frequencies in each ear.  By joining the plotted thresholds for each frequency with a line you get an overall picture of a patient’s hearing.  It is then possible to compare one ear with another for any differences/ asymmetry.

The typical audiogram will have better thresholds in the lower frequencies than the higher frequencies, producing an audiogram which resembles a ski slope.  As people age their hearing deteriorates naturally, this is called presbycusis.  Accordingly, all thresholds increase but more so at high frequencies.  The result being that the ‘ski-slope’ becomes steeper!

However, whilst this is the norm, there is a considerable minority who have natural variations on this despite not having NIHL. However, approximately 85 – 90% of the population would be expected to have a ski slope audiogram.

If both ears audiometric results are displayed on the same table then you can identify which ear is which by the markers used to plot the graphs.

Other Audiograms you might see in a NIHL cases

Further, it is usually the case that a screening audiogram will be undertaken when a claimant first considers making a claim,which is unlikely to be BSA standard. This is done so the solicitors can see if the Claimant has a possiblecase for NIHL. Screening audiograms are not typically disclosed to the Defendant as they are protected by privilege.

I hope that this sets out what an audiogram is, how it is conducted and what the results show.  The next article in the series will cover what to do with the results – How to interpret an audiogram.

Emily is a second-six pupil, with Stuart Jamieson as pupil supervisor.  She has an early interest in Industrial Disease and spent a week at a solicitors’ firm Industrial Disease department.  There she was involved in the final preparations for, and attended, a NIHL trial conducted by another member of Chambers, where the interpretation of audiograms were a key issue between the medical experts.  The earlier article can be viewed here.