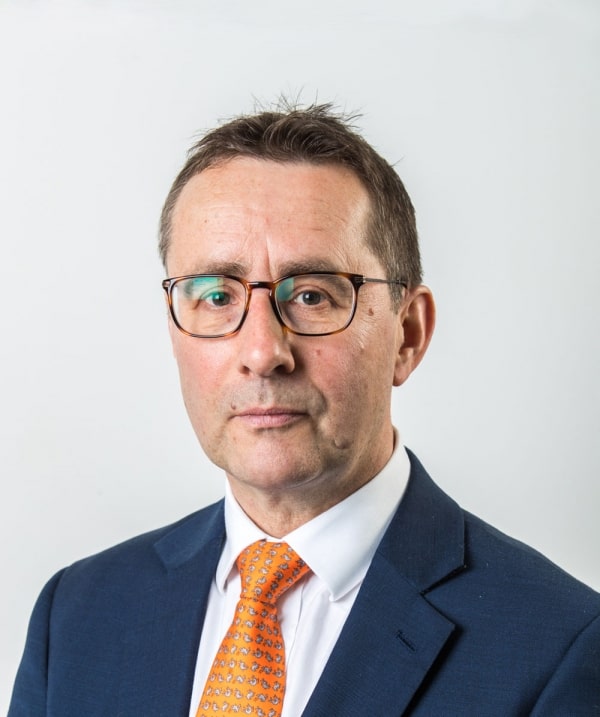 Roger is a hard working, committed lawyer. He combines empathy and understanding of his client’s needs with a mastery of fact and law.

Roger is a hard working, committed lawyer. He combines empathy and understanding of his client’s needs with a mastery of fact and law.

Roger has considerable skill and knowledge of cases arising out of the death of a person whether as a result of accident, medical misadventure or disease. He regularly appears at coroners’ inquests.

Roger has experience of serious brain damage litigation and cases involving catastrophic injuries such as amputations.

The major industrial disease areas of: asbestos related and other respiratory disease, deafness, HAVS & WRULDs and COSHH have kept Roger busy over the last 25 years. He has experience of more unusual industrial diseases such as those caused by exposure to radiant heat, poisonous gases and lead poisoning. He has successfully represented workers from quarrying and stone masonry who have developed renal failure from exposure to silica dust.

Roger has been involved in thousands of claims arising out of road traffic accidents. He regularly guides solicitors through the minefield set by the complexities of motor insurance law. Roger edits the chapter of Charlesworth and Percy on Negligence which covers highways and collisions.

Roger has been involved in many cases involving injuries caused by defective products as diverse as: fireworks; glass and ceramics; bicycles; shower screens; garden lighting; domestic equipment and many other products.

Roger has been involved in many cases involving physical and sexual abuse both historic and contemporary. He has represented many applications in claims for criminal injuries compensation as well as those bringing damages claims against local authorities and children’s homes. He is involved in representing several former inmates of Medomsley Young Offender Institute in County Durham.

Roger is regularly involved in civil actions involving the police arising out of assault, wrongful arrest and false imprisonment.

Roger has expertise in solicitors’ negligence cases arising in a personal injury and clinical negligence context.

As an adjunct to his personal injury practice, Roger has been involved in criminal cases involving breaches to health and safety law, environmental law and food safety law.

Roger has extensive experience of fraud in the context of personal injury litigation. He has been involved in proceedings for contempt of court in such cases. He has written on this subject for Solicitors Journal.

Personal Injury Bar Association (PIBA)
Roger has been on the editorial team for Charlesworth and Percy on Negligence for the last 3 editions. He has responsibility for the chapters on: damages, claims arising out of death; highways, transport and collisions; and motor insurance. Roger writes a regular Road Traffic Update for Solicitors Journal.
Roger regularly presents seminars. Recent subjects include: fatal accident claims, damages, personal injury update and Jackson.
BSc. (Hons) Genetics, University of Liverpool Dip.Law