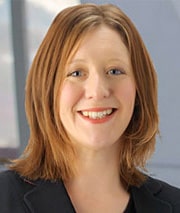 Parking Tickets in the Employment Tribunal

According to a government announcement in early October 2013 the Financial Penalty provision at Section 16 of the Enterprise and Regulatory Reform Act 2013 will come in force in April 2014. Section 16 inserts a new Section 12A into the Employment Tribunals Act 1996.

Here’s a quick guide to what you need to know about Financial Penalties:

What will be an 'aggravating feature'?

There’s no definition in the legislation. The explanatory notes to the Bill suggested that it would be for the employment tribunal in a given case to decide whether the conditions for imposing a penalty are met, taking into account any factors that it considers relevant, including:

The notes to the Bill also suggest that the test of "aggravating features" is not the same as the test for awarding "aggravated damages" in a discrimination claim.

The provisions are curious - they appear contradictory to the government’s alleged commitment to reducing the financial burden on employers by effectively taxing employers who lose at Tribunal. The threat of the imposition of a financial penalty will no doubt prove a useful bargaining tool for Claimants, who may cite the threat of a penalty to their advantage in settlement negotiations.

The provisions may also create a difficult tactical situation for employers at the conclusion of an unsuccessful hearing. Whilst mindful of the possibility of a Financial Penalty being ordered, they will not wish to draw the Tribunal’s attention to the issue if the Tribunal has not directly requested submissions on the point. One would not necessarily expect the Claimant to raise the issue either; it makes no difference to their end position - save for perhaps giving the successful Clamant the satisfaction of knowing that the losing employer will be writing two cheques, rather than one.