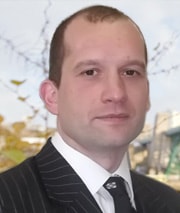 This eagerly awaited judgment sets out, for the first time since the Jackson reforms, the correct approach to the revised version of CPR 3.9 – relief from sanction.  It is something of a “must read” for anyone involved in civil litigation.  Although much has already been written about it, a brief summary is included below.

What the court describes as the traditional approach, that is excusing non-compliance if the prejudice to the innocent party could be remedied (probably in costs), has been replaced by what the Judgment describes as a tougher and less forgiving approach.

The facts of this defamation case are that the Claimant was to file a costs budget not less than 7 days prior to the hearing for which they were required.  This did not happen.  After some chasing the day prior to the hearing (by the cost Master herself, by email), the cost budget was filed during the afternoon of the day before the hearing, totalling some £506,425.

At the hearing the Defendant’s solicitor explained that they were prejudiced by this late arrival of the budget.  The rule under CPR 51 was interpreted to the effect that the Claimant was deemed to have served a budget limited to court fees since no budget was served on time (the question as to if these rules were correctly applied in any case was appealed but also unsuccessfully, and to a less significant effect).

The Judgment considered the whole of the revised CPR 3.9.  The court should consider the need (i) for litigation to be conducted efficiently and at proportionate cost and (ii) to enforce compliance with the rules.  ‘All the circumstances of the case’ should also be considered, though to a lesser degree than the main two considerations.

For a trivial non-compliance, the court will usually grant relief (de minimis non curat lex lives on).  This was described as an insignificant failure, form rather than substance.  Or where a party has narrowly missed the deadline imposed, having complied with other terms of an Order.  If the non-compliance is not trivial, then the burden falls on the defaulting party to show why relief should be granted.  Accident and illness may constitute a good reason.  Likewise, a court timetable which proved to be unreasonable following developments in a case is another example given.  Overlooking a deadline, through simple pressure of work or otherwise, is unlikely to be a good reason.

It was noted that applications for an extension of time made before time has expired will be looked upon more favourably than applications made after the event (permission rather than forgiveness it seems).

The court found that good reasons are those likely to arise from circumstances outside the control of the party in default.

The Court of Appeal concluded that relief from sanctions should be granted more sparingly than previously and following the two-stage test (i) was the non-compliance more than trivial; and (ii) was there a good reason for the non-compliance.

There have already been a number of cases following Mitchell, including:

Durrant v Chief Constable of Avon and Somerset Constabulary [2013] EWCA Civ 1624, where it was held that if the message of Mitchell was not to be undermined, then decisions under CPR 3.9 which did not follow the robust stance of Mitchell should not be allowed to stand.  The Court of Appeal allowed an appeal against a first instance decision, which had previously granted relief from sanction for the late service of witness statements (ranging from 2 days late to 3 months late).

Webb Resolutions Ltd v E-Surv Ltd [2014] EWHC 49 (QB), in which an application for extension of the time limit for appeal was not allowed.  The reasons given by the party seeking the extension of time (time taken to digest the judgment, give advice on the judgment, seek instructions and make the application) were noted to be ‘thoroughly bad reasons’ with regards to the Mitchell approach.

The Supreme Court established the criteria where a non-delegable duty of care would arise.  In this case, the local authority maintained its non-delegable duty of care to ensure that reasonable care was taken to secure the safety of a pupil who was attending a swimming lesson conducted via an independent contractor.  For such a duty to arise, a defendant was to have control over a vulnerable claimant for the purpose of performing a function for which the defendant had assumed responsibility.

In a case attracting some media attention, it was found that the defendant was liable for injuries sustained by the claimant holidaymaker when she walked into glass doors on the balcony of her holiday room, which shattered.  The correct test to apply, though, was with reference to the custom and practice under local standards at the date of the construction of the premises and not at the time of the accident.

The court was entitled to exercise discretion for a claim where passengers who had fallen ill on a cruise, sought to amend the Particulars of Claim to include that the cause was norovirus in addition to the original claim under bacterial infection.  This was a new claim, but on substantially the same facts as the original pleadings.

A not uncommon road traffic scenario, where a car pulls out through a line of stationary traffic, at the same time as a motorcyclist is passing down the (clear) outside of the line of traffic.  On these facts it was found that each party should have been alert to the possibility of the other.  However, the car driver, who was crossing the path of the motorcyclist held the greater degree of blame.  Since this motorcyclist was found to be driving too fast (though within the speed limit), liability was apportioned 2/3 to the car driver and 1/3 to the motorcyclist.

It was found (in a Judgment where the facts have to be fully read to be believed) that a case concerning a collision between two vessels in May 1999, where the claim had been issued in May 2000 and served in May 2001, that it was not possible to have a fair and proper trial of the issues which would have taken place at the earliest in mid-2014.  The matter had been subject to a number of timetable suspensions, stays, attempts at settlement and, notably, a period between August 2006 and May 2008, when there were simply no exchanges between the parties.  The delay had undoubtedly affected memories of the witnesses.

An Australia civil servant was instructed to stay over night at a small motel in New South Wales, prior to a departmental meeting the following day.  While engaged in sexual intercourse at the said hotel, a glass light fitting came away from above the bed, striking her in the face, causing both physical and psychological injury.   The Australian High Court had allowed the resulting personal injury claim, but the Federal Court of Australia overturned the decision (4-2) as it found that although the employer had induced or encouraged the claimant to be at the motel, it had not induced or encouraged the employee to engage in the aforementioned activity.