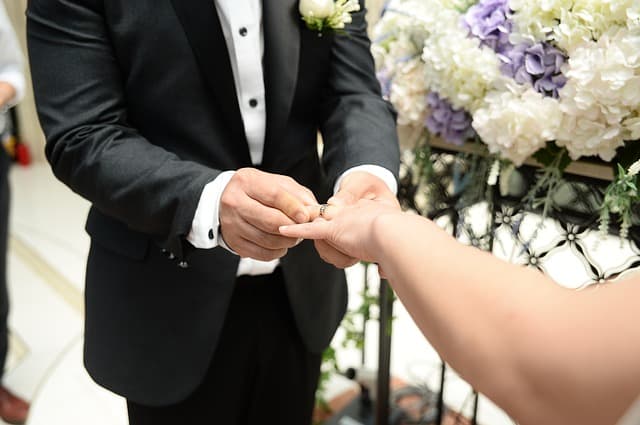 The parties cohabited for 2 years and were then married for 4 years, in total a 6 year relationship. The wife worked as a trader, in the wholesale fuel trade, and the husband worked for an international IT company. The basic income of the couple was similar but the main difference is that the wife received discretionary annual bonuses totalling £10.5 million during the course of the marriage. In addition, the couple owned two properties, one of which was purchased by the wife prior to the marriage. However, both properties were purchased in joint names. The wife also had significant funds in her bank accounts. The wife and husband were both in their early forties and have no children.

In summary, the salient facts are that the couple maintained separate finances, each received their own income, they had no children and the marriage was of a relatively short duration.

The total assets amounted to £6.9 million and the agreed matrimonial assets were £5.45 million. This figure took account of the husband’s concession that the house purchased prior to the marriage should not be included within the matrimonial assets and a sum of £350,000 was deducted to reflect other pre-acquired assets.

There was discussion as to the extent that the couple’s finances were separated. Whilst there were no joint investments or bank accounts the husband and wife would often pay an equal share of bills and household expenditure. However, the wife would pay for the luxury holidays and cars.

The wife appealed on the basis that the House of Lords in Miller v Miller; McFarlane v McFarlane [2006] UKHL 24; [2006] 2 AC 618 set out two distinct features of a marriage which indicate that an approach of equal division should not be followed. The first feature is a short, dual career, childless marriage and the second is the way in which the parties have chosen to structure their finances. It is on this basis that the wife argued for a relaxation of the sharing principle.

The husband argued that marriage is a partnership of equals and this is as equally applicable to a short marriage as to a long marriage. On this basis White v White [2001] 1 AC 596 requires the sharing principle to have universal application. Further, the husband went on to argue that following Charman v Charman (No 4) [2007] EWCA Civ 503 no distinction should be made between family assets and unilateral assets.

The Court undertook a detailed analysis of the leading authorities in this area and considered the application of the sharing principle to the present case.

It was stated at paragraph 86 that “an automatic or blind application of a 50/50 split in every case can only be an impermissible judicial gloss on the statute, which expressly requires the court to consider all the circumstances of the case”. The Court then went on to consider cases in which there may be a good reason to depart from equality.

The final determination within Miller was a departure from 50% in respect of the New Star shares, therefore establishing as a matter of law a basis for departing from the strict application of equal sharing.

Whilst both Miller and the present case concern short marriages there are several points to be noted. In the present case the wife received bonuses purely as a result of her employment, the facts evidence a dual-career/dual-income marriage and both husband and wife contributed equally to the family home.

Lord Justice McFarlane concluded that Sir Peter Singer’s judgment was in error with the authoritative guidance of the majority in Miller and with the actual decision of the full court in Miller, namely that there was a departure from 50% in respect of the New Star shares.

In respect of the facts in the present case it was noted that this case is a ‘non-business partnership, non-family asset case’ in which the bulk if not effectively all of the property was generated by the wife. In particular the wife’s bonuses were not ‘family assets’ and were not generated by the joint efforts of the parties.

Further it was stated that it is unsustainable that the sharing principle should apply unless there is a pre-nuptial agreement. Lord Justice McFarlane took the view that “On the facts of this case, the manner in which the couple arranged their finances was more than sufficient to establish that Mrs Sharp maintained her capital separately”.

“114. On the facts of this case, Mr Feehan is therefore right that the combination of potentially relevant factors (short marriage, no children, dual incomes and separate finances) is sufficient to justify a departure from the equal sharing principle in order to achieve overall fairness between these parties. His submission that the husband's claim should be limited to a 50% share of the two properties assumes firstly that all of the other property is non-matrimonial property and secondly that Mr Sharp should have no call upon it. As the award given to Mrs Miller shows, the factors that are in play in this regard are not to be taken as water-tight, black and white, elements when the overall task is to achieve a fair outcome. In addition to retaining one half of the capital value of the two properties (£1.3M), I consider that the husband should receive an additional award to reflect a combination of the following three factors: (a) the standard of living enjoyed during the marriage; (b) the need for a modest capital fund in order to live in the property that he is to retain; and (c) some share in the assets held by the wife. I would assess the value of that additional award in this case at £700,000 making a total award of £2M, made up of the SD property which is to be transferred to him (value £1.1M) plus a lump sum payment of £900,000.