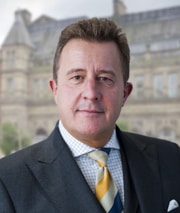 The remit of Section 3 of the Fatal Accidents Act 1976 ( “ the FAA “ ) was examined by the High Court in the recent decision of Kumudu Kumari Rupasinghe ( suing on her own behalf and as administratrix of the estate of Rohan Rupasinghe ( Deceased ) ) v West Hertfordshire Hospital NHS Trust [ 2016 ] EWHC 2848  ( QB ). The matter was heard before Mr Justice Jay on 8th November, 2016.

Circumstances of the case

The Claimant, a junior doctor, who originally hailed from Sri Lanka, brought an action as against the Defendant Trust, pursuant to the FAA, consequent on the tragic death of her husband ( “ the Deceased “ ) due to the admitted negligence of the Defendant Trust.

The Deceased was also from Sri Lanka. He had come to England to work as an Engineer in 2003 and further embarked on a course of study for a PhD, sponsored by his employer. The Claimant commenced the first part of her medical training in Sri Lanka and joined the Deceased in 2006.  The Claimant and the Deceased stayed in the UK and had children in 2007 and 2010. Unfortunately, the  Deceased  died as a result of the admitted negligence of the Defendant Trust in November, 2010. The Deceased was 33 at the time of his most unfortunate demise.

The Claimant was unable to remain in the UK . She did not want to leave her children in the care of strangers and she was unable to finance her parents transferring from Sri Lanka to provide care. Accordingly, the Claimant returned to Sri Lanka and took up a position as a junior doctor . Not surprisingly, the Claimant’s earnings as a junior doctor in Sri Lanka did not match those in the UK and any advancement within the profession would not bring with it the same financial awards that she would have expected had she remained in the UK. Jay J found that it was reasonable for the Claimant to re-locate back to Sri Lanka.

Nature of the losses claimed

The parties had reached a memorandum of agreement prior to the hearing  , including a claim for services , in the agreed sum of £335,000 for all other heads of claim, ex the loss of earnings dependency .

The Defendant Trust advanced the contention that the items claimed by the Claimant were not part of a dependency claim recoverable under the FAA , but were a claim for loss of earnings and therefore fell outside the scope of Section 3 of the FAA, as explained by Diplock LJ in Malyon v Plummer [ 1964 ] 1 QB 330 in that  “ the pecuniary loss to the persons for whose benefit the action is brought is the only damage recoverable, and secondly, that the pecuniary loss recoverable is limited to the loss of a benefit in money or money’s worth, which if the deceased had survived, would have accrued to the person within the defined relationship to the deceased ……. “.

Mr Justice Jay was invited by Counsel for the Defendant Trust to make determinations based purely on submissions of law. Jay J did not accede to the submission advanced and heard evidence from the Claimant. Following examination and cross examination Jay J heard detailed submissions on the law and the authorities from both Counsel.

The essence is that recoverability is dependant upon losses that arose from services provided by the Deceased when alive “ capable , under the common law , of being accorded a financial value “  , either by the making of a financial contribution to the household , or the provision of child care or similar services. Jay J by reference to “ McGregor on Damages 19th Edition “ considered that the actual “ heart of the issue “ is that damages  “ are awarded for the loss of pecuniary benefit arising from the relationship which could be derived from the continuance of life “. In the instant case, there had been a valuation of the services dependency already by way of gratuitous ( family members, mainly the Claimant’s parents ) and commercial care . The loss of earnings claimed were simply that . They formed a loss of career opportunity which arose from the Deceased’s death and not a valuation of the loss of services that the Deceased had provided in life. The loss of earnings did not either, in the alternative  to the provision of care by others , constitute a proxy measure of the loss of services ( the Claimant had not forgone earnings in order to provide the services herself ) that the Deceased had provided and were not recoverable. The loss of earnings claimed did not simpliciter replicate any services provided by the Deceased.

Jay J found wholly in favour of the Defendant Trust’s contention and made an award of £335,000 as per the memorandum of agreement determined by the parties prior to the commencement of the hearing.