The spectre of fraud lurking behind RTA claims
News 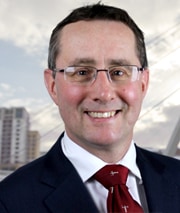 The spectre of fraud lurking behind RTA claims

In Francis v Wells [2007] EWCA Civ 1350, Mr Tyrone Reeves alleged that he had been one of three passengers in a vehicle being driven by a Miss Wells in Manchester when she drove out from a minor road into the path of a Peugeot being driven by Mr Senghore. Wells’s motor insurers discovered that over a period of only a few months Reeves had been involved in two other RTAs involving Senghore.