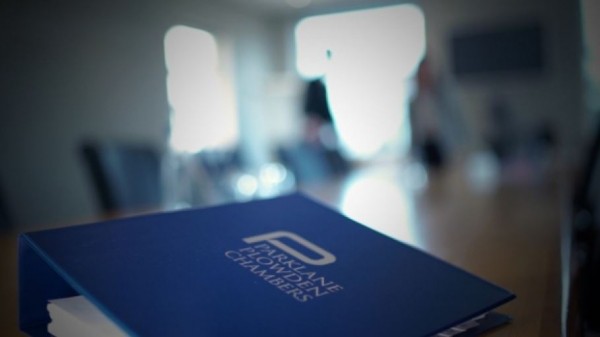 Under Rule 3(1)(a)(i) of the Employment Appeal Tribunal Rules of Procedure 1993, the Appellant was required to institute his appeal by serving on the EAT a notice of appeal and specified additional documents by no later than 42 days (by 4pm on 30 September 2016).

At 3:55pm on Friday 30 September 2016, the Appellant sent an e-mail to the EAT with an attachment containing the notice of appeal and specified documents. The email was not received due to the attachment size exceeding the 10-megabyte maximum size on the EAT’s e-mail server. The Appellant had not been sent the usual covering letter which would have pointed him in the direction of guidance warning of the file size limit. The Appellant re-sent the attachments as a number of smaller files which were all received by the EAT by 5pm. As they were received after 4pm as required by rule 37 (1A), they were treated as received on the next working day, which was Monday 3 October 2016.

The Appellant was notified that the appeal had been instituted out of time and so he applied for an extension. The application was refused by the Registrar on the papers. He appealed to a Judge under Rule 21 and was heard by HHJ Hand QC on 5 April 2017. The Appellant’s submissions included, among other things, that he had been ignorant of the file size limit and that he had been diagnosed as HIV-positive which had led to him suffering from depression, anxiety, stress and suicidal tendencies. The EAT found that the Appellant had not received a hardcopy of the tribunal’s judgment. Consequently, he had not received the covering letter which refers to the online guidance warning of the file size limit. Although no medical evidence was produced, HHJ Hand QC accepted that the Appellant was suffering from serious mental ill-health at the material times.

Nevertheless, HHJ Hand QC dismissed the appeal. The Judge considered that the file limit guidance was ‘freely and easily available’, and he was not satisfied that the Appellant’s mental ill-health had prevented him from understanding the guidance. At para. 36 of his judgment, he gave a summary of the principles appearing from the case law about the extension of time limits in the EAT. This referred to the broadly similar summary by HHJ McMullen QC in Muschett v Hounslow London Borough Council [2007] UKEAT 0281/07, [2009] ICR 424, but it is not directly derived from it.

The Appellant was given permission to appeal on the following grounds:

(2)        Whether the combination of (a) the very modest delay of one hour in transmitting the required documents to the EAT and (b) the reason for the delay being the limited size of the EAT's inbox ought to have amounted to exceptional circumstances such as to require an extension of time in order to comply with the overriding objective."

The Court allowed the Appellant’s appeal.

[25] “Subject to the question of any published guidance, in my view an ordinary layman, knowing that the EAT accepted service of the appeal documents by e-mail, would reasonably expect that its server would be able to accept all the required documents as attachments to a single e-mail…”

[26] “Of course the passage quoted from T440 does make it clear that, whatever one might expect otherwise, the EAT server has a 10mb limit. The question, however, is whether it was reasonable to expect the Appellant to be aware of that passage. Judge Hand described the guidance as "freely and easily available". That is in one sense true, but it is not the whole story. T440 is only available if the would-be appellant knows of its existence. Parties to an ET decision are pointed in its direction, albeit somewhat indirectly, by the initial covering letter… I appreciate, of course, that even without the assistance of the covering letter the Appellant might have found T440 if he had thought to go online to look for guidance and had followed the series of links identified by the Registrar in the passage quoted at para. 21 above. But I should be reluctant to hold that would-be appellants are to be criticised for ignorance of information (a fortiori rather surprising information) which is only available in a guidance document which they are not advised to consult, even if many or most might in fact find it by their own efforts.”

[28] “Although there is no absolute rule, the fact that an appellant has, without good reason, left it to the last minute to institute his or her appeal will be an important factor in the exercise of the Court's discretion in a case where they encounter an unexpected obstacle; and it might be hard, subject to one point, to say that Judge Hand was not entitled to regard it as decisive in this case. However, what is peculiar about the present case is that the obstacle here was not, as it generally is, something extraneous to the EAT – such as documents going astray in the post, or a traffic accident delaying the appellant's arrival at the EAT, or a computer failure at his or her end. Rather, the problem was the limited capacity of the EAT's own system (insufficiently notified to the Appellant). That seems to me to put the case into a rather different category…”

[29] “…the Appellant has provided a satisfactory explanation for missing the deadline, namely his (on the particular facts, reasonable) ignorance of the 10mb limit. But even if the view were taken that he ought to have found T440 for himself, despite not being directed to it, any failing in that regard seems to me to have been venial; and in circumstances where the cause of the problem was the EAT's own system, and where service was correctly effected within an hour of the deadline, I believe that this is one of those exceptional cases where an extension was required as a matter of justice.”

[30] “That reasoning does not depend on any other particular circumstances of the Appellant's case, including his mental health.”

As the Appellant was successful on his other ground of appeal, it was not necessary to consider whether an extension of time should have been granted as a reasonable accommodation for his mental ill-health. However, Underhill LJ stated that his obiter view was that where an Appellant contends that the failure to appeal in time was due to mental ill-health, the Appellant should provide medical evidence to establish this he was suffering from mental ill-health at the relevant time. Once established, it should be considered whether the condition explains or excuses the failure to appeal in time. If it does, the grant of an extension will usually be required.

In the present case, it had not been accepted that the Appellant’s mental health had affected his ability to make rational decisions during the 42-day period for instituting an appeal. The EAT’s reasons for rejecting this argument had included the lack of medical evidence, but they also took account of the fact that the Appellant had been very active in pursuing an appeal against another employment tribunal decision, and that he had managed to submit the appeal in the instant case in time, subject to the problem with the EAT’s e-mail server. It was found obiter that if the appeal depended on this ground, the Court of Appeal would have dismissed it.

The decision in J v K & Anor appears to be in stark contrast with previous cases concerning extensions of time before the EAT where it has been highlighted that there is no special status afforded to litigants in person. Unless a rule or order is particularly inaccessible or obscure it is reasonable to expect litigants in person to familiarise themselves with the rules applicable to their case.

The general principles about the exercise of the discretion to extend time for appealing in the EAT were recently reviewed and confirmed in Green v Mears Ltd [2018] EWCA Civ 751.In Green v Mears, the Appellant argued that he had been wrongly advised by court staff to await the outcome of his reconsideration application which he had already lodged with the court before lodging his appeal application. The Appellant submitted that he was not computer literate and had therefore not accessed the court’s online guidance booklet which provided information on court deadlines and he had not asked for help in accessing this information.

The Judge found that there were no exceptional grounds on which to grant an extension of time to Green to allow him to lodge his appeal application. It was held that an extension will only be granted in exceptional circumstances, and a strict view is taken as to what constitutes such circumstances. It was also confirmed that where there is no good reason for the time limit being missed, even by a very short time an extension would not be granted.