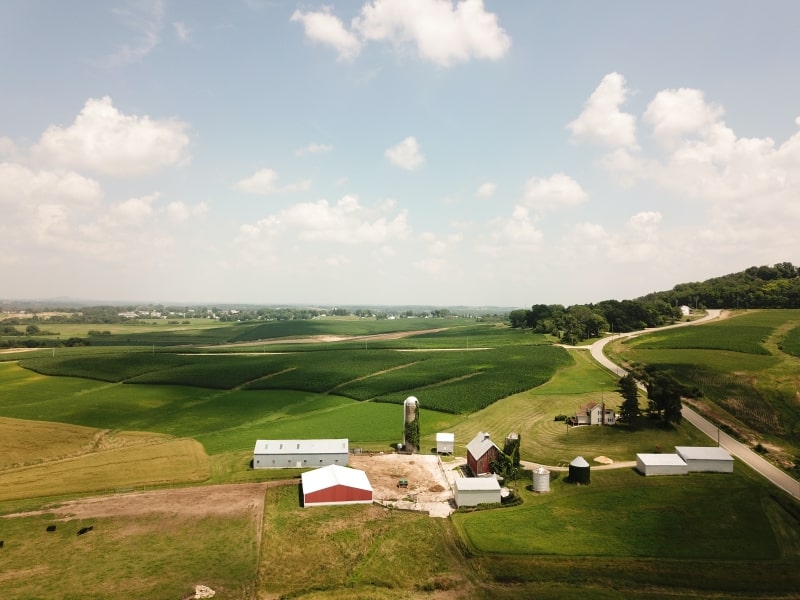 On 16 December 2020 the Court of Appeal handed down judgment in the case of Fishbourne Development Limited v Stephens [1]. The case concerned the interpretation of an option agreement to acquire a farm comprising fields and farm buildings. Arguments in the case were centred around the meaning of the phrase “any development of the Property” within the option agreement, which was contained within the definition of “Planning Permission”.

The judge at first instance, HHJ Cooke, sitting as a judge of the High Court, held that the meaning of a “planning permission” was a planning permission “for the development of the whole or substantially the whole, of the Property by the erection of a new building or buildings, involving a change of use from agricultural use.” He therefore held that Fishbourne Developments Limited (“Fishbourne”) had failed to trigger the option.

Fishbourne appealed, arguing that “development” could only bear the meaning given to it by section 55 of the Town and Country Planning Act 1990 (“the 1990 Act”) and that the judge had been wrong to construe the option clause in line with earlier option agreements relating to the farm. It also argued that the judge was wrong to conclude that planning permission had to relate to the whole or substantially the whole of the Property.

The Decision in the High Court

The option agreement subject to the dispute was an option to purchase a farm in Chichester which comprised approximately 117 acres of land and agricultural buildings (“the Property”). The option agreement had been created in 2002. An expert valued the Property in 2018. The open market value was determined as £2,275,000.

The appeal was an expedited appeal as the option itself expired on 31 December 2020. In dismissing the appeal, the leading judgment was given by Lady Justice Asplin, with whom Lady Justice Macur and Mr Justice Marcus Smith agreed.

The Meaning of ‘Development’

Counsel for Fishbourne argued that the phrase “any development of the Property” is clear from the natural and ordinary meaning of the words used. It was emphasised that the starting point for the Court should be the words used and that, in line with previous authority such as Arnold v Britton,[3] where the parties have used unambiguous language, the court should apply it. Asplin LJ summarised Fishbourne’s position as follows; “the ordinary and natural meaning of the words are clear, there was no rival meaning and, therefore, business common sense was irrelevant.”[4]

Fishbourne argued that if one read the clause in the option as a whole, it was clear from the words used that it referred to development which was the subject of planning permission granted by the Local Authority. Given this, it therefore argued that “development” has the meaning contemplated under section 55 of the 1990 Act, under which the permission would be granted.

“Subject to the following provisions of this section, in this Act, except where the context otherwise requires, “development” means the carrying out of building, engineering, mining or other operations in, on, over or under land, or the making of any material change in the use of any buildings or other land.”

Section 55(1A) provides that

‘“building operations” includes demolition of buildings, rebuilding, structural alterations or additions to buildings and other operations normally undertaken by a person carrying on business as a builder.’

The Court held that the word “development” in the context of the Property and the option did not extend to all of the activities within the 1990 Act. HHJ Cooke had not erred in ruling that the term “development” in the option was capable of more than one meaning. Accordingly, the judge had been correct in weighing up the implications of rival meanings and applying commercial common sense in coming to a decision.

Asplin LJ stated that she considered “…the reasonable reader of clause 1.9 with all the relevant background available to the parties at the time, having read the clause in the context of the 2002 Option as a whole, would not conclude that the natural and ordinary meaning of word “development” in the context of that clause encompasses each and every one of the activities set out in the detailed provisions of section 55 of the 1990 Act. Such a reader would not have the breadth and technicality of section 55 in mind at all…”.

She held that an option allowing the option holder to trigger it with an“inconsequential planning permission” made little commercial sense as the option holder was entitled under the option to purchase the farm at a discount of 30% from its value on the open market.

The Extent of Planning Permission Required

The Court held that the phrase “any development of the Property” meant that planning permission had to be obtained in relation to the whole or substantially the whole of the property, rather than only a small part of the property such as the 2016 planning permission had done. In coming to this decision, the Court was required to conclude that another term within the option must be a mistake.[5] The inclusion of the phrase “or any part thereof” in the clause which defined the “Option” as “the option to purchase the Property or any part thereof…” was held to have been an error. It did not correlate to the intended interpretation of “Property” within the option agreement as a whole.

Fishbourne had argued that a key part of the factual matrix of the case was that due to physical constraints on the Property, including overheard power lines and a railway line, the option could not be construed as exercisable only if planning permission was obtained in relation to the whole or substantially the whole of the Property. The Court rejected this argument. Taking into consideration witness statements and the valuation report, it did not consider that there was anything in the factual matrix to suggest this was true.

As counsel for the Respondent argued, if Fishbourne’s interpretation of the option was correct, the option could have been obtained for £1 and exercised shortly after “an inconsequential planning permission, which neither changed the use of the Property nor increased its value,” had been obtained.

The Court noted that if the purchaser were entitled to do so, the owner would have sold the land for a 30% discount on its open market value, having gained no advantage.

Asplin LJ held that “this does not make commercial common sense and that the inclusion of a 30% discount on the Open Market Value is indicative of an expectation that the purchaser/grantee would take steps to enhance the value of the land in order to be able to exercise the option. In other words, the planning permission … cannot be entirely inconsequential. If that were the case, there would be no reason to give a discount.”

In considering the meaning of “development”, the Court was asked to consider the case of Hallam Land Management Ltd v UK Coal Mining Ltd & Anor,[6] to which both parties referred in argument. The Respondent submitted that it was similar to the facts of the instant case and was therefore highly persuasive, although admittedly not binding. On that point, the judge held that:

“although there are obvious similarities between the Hallam case… I do not find other authorities which relate to different agreements, however similar, and which inevitably have different factual backgrounds, of much assistance when considering the construction of a particular clause or term in a different contract. Despite the similarity of the terms in Hallam, in my judgment, whilst it provides some guidance that this court came to similar conclusions to the judge in relation to similar terms, it is of no more assistance that that.”[7]

This was a clear statement that the factual background to the case will be of central importance in deciding a contractual interpretation claim and that previous decisions on similar facts will be of limited assistance. As was emphasised throughout the entire judgment, the focus was on the specific background and facts of the instant case, which the Asplin LJ had set out in a considerable amount of detail at paragraphs [9] – [21] of her judgment.

A copy of the judgment is available here.