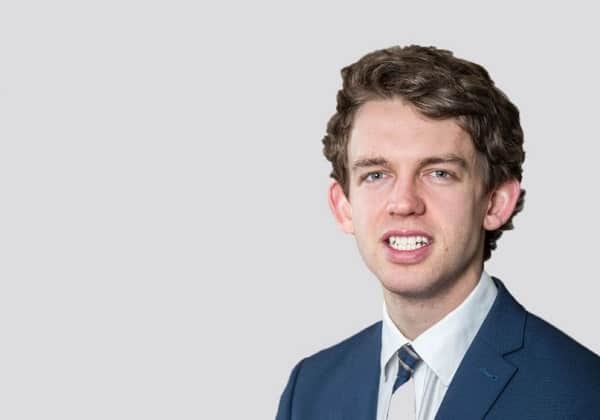 The ‘Gig Economy’ appears to be ever-growing. This is of course the term for where labour is characterised by numerous short-term contracts rather than by a traditional ‘permanent job’. Key players are Deliveroo, Hermes, CitySpint, Uber, to name but a few. As it grows, and such firms seek to avoid, rightly or wrongly, the burdens of an employment relationship, how does it fit into the statuses granted by employment law?

The cases have come thick and fast. Those performing roles for Uber and Hermes have both found to be ‘workers’, with significant implications for holiday pay and discrimination protection. Such cases peaked in June 2018, with the Supreme Court finding in Pimlico Plumbers v Smith [2018] UKSC 29 that (although not arguably a gig-economy case, but with very similar issues), Pimlico had sufficient control over Mr Smith and how he provided work, for worker status to follow under the Employment Rights’ Act 1996.

The most recent development has come in the case of R (in the Application of the Independent Workers Union of Great Britain) v Central Arbitration Committee [2018] EWHC 3342, dealing with Deliveroo riders. This time, human rights law played a part.

Article 11 of the ECHR deals with the Right to Freedom of Association. Schedule A1 of TULRCA 1992 provides a framework where trade unions can seek recognition regarding a ‘bargaining unit’, which can only apply to those personally providing work (s.296).

Crucially therefore, were the riders ‘workers’ on the face of TULRCA 1992, and if not, should Article 11 be used to interpret the scope of TULRCA to incorporate the riders?

The IWUGB made an application to the Central Arbitration Committee, seeking union recognition in respect of a group of Deliveroo riders. Deliveroo pointed to their contractual terms, including references to the rider being a ‘supplier’, that a rider could substitute in another rider to perform a delivery, that a rider was not entitled to be offered work, and that a ‘delivery fee’ was paid rather than a wage. The CAC agreed with Deliveroo, and the application was rejected. The IWUGB, thereby sought a judicial review of the decision.

Supperstone J gave the judgment in the High Court. Ultimately, he found against the IWUGB - the Deliveroo riders were not workers for the purposes of collective bargaining recognition.

1)     They were not workers: For collective bargaining purposes, workers are defined by s.296 TULRCA 1992, as an individual who works:

‘a) under a contract of employment; or, b) under any other contract whereby he undertakes to do or perform personally any work or services for another party to the contract’

It was common ground that this was not a contract of employment, Therefore, the parties’ submissions focused on the ‘personally performing any work’ limb. Supperstone J followed the Supreme Court’s decision in Pimlico, finding that the:

The Deliveroo riders had such a right of substitution, and so had no obligation to provide ‘personal service’.

2)     Article 11 ECHR did not justify a wider application of s.296 TULRCA 1992: Supperstone J held that Article 11(1) was not even engaged in this matter. The IWUGB had alleged that Article 11(1), and ECHR case law such as Demir v Turkey, showed that the right to collective bargaining applied to all, and the ‘worker’ concept was simply a restriction to that generic right, introduced domestically only.

However, Supperstone J, following an analysis of the ECtHR case law, was persuaded that the key cases before him in fact concerned a right to bargain ‘with the employer’ [Demir at 154]. This was confirmed by the ECtHR’s decision in Sindicatul v Romania [2014] IRLR 49, which suggested that Article 11(1) was only engaged in an ‘employer relationship’. The Deliveroo riders were not in such a relationship.

3)     Alternatively, even it if was engaged, under Article 11(2) any restrictions imposed by s.296 TULRCA 1992 were justified: The key question would be, pursuant to Article 11(2), whether the exclusion of some ‘workers’ by s.296 was necessary in a democratic society for the protection of the rights and freedoms of others?

Supperstone J held it was. The Judge noted the right to freedom of business in Article 16 of the Charter of Fundamental Rights. He also noted that the restriction did not prevent a rider working, joining a union, or even seeking recognition voluntarily from Deliveroo: it simply excluded the compulsory recognition mechanism provided by TULRCA 1992. Moreover, without this restriction, there was a risk the collective bargaining provisions could come to apply between commercial parties, such as franchisors and franchisees. The very point of this right was also questionable as negotiations over hours and holidays, would be unlikely for someone who had no obligation to provide work personally in any event. Lastly, the UK had a wide margin of appreciation in determining such sensitive issues between labour and its management.

Therefore, s.296 TULRCA 1992 struck a fair and proportionate balance with any rights afforded under Article 11(1) ECHR. If Article 11(1) had applied, the restriction would have been justifiable.

This case will be welcome relief for ‘gig economy companies’ such as Deliveroo and Uber, whom have been on the wrong end to a number of important recent judgments on employment status. They will be grateful for the High Court’s interpretation of the ECHR, and their finding not only that this domestic ‘restriction’ was proportionate and fair, but that Article 11(1) itself did not even have the scope argued for by the Union. An alternative finding could have had significant implications, not only legally, but through the impact of Deliveroo riders, or others in their position, becoming a recognised a mobilised bargaining unit.

However, with IWUGB already stating their intention to appeal the decision, we can by no means yet fully exclude considerations of human rights in decisions on employment status.