‘You have reached your destination’ Uber v. Aslam
Legal Update 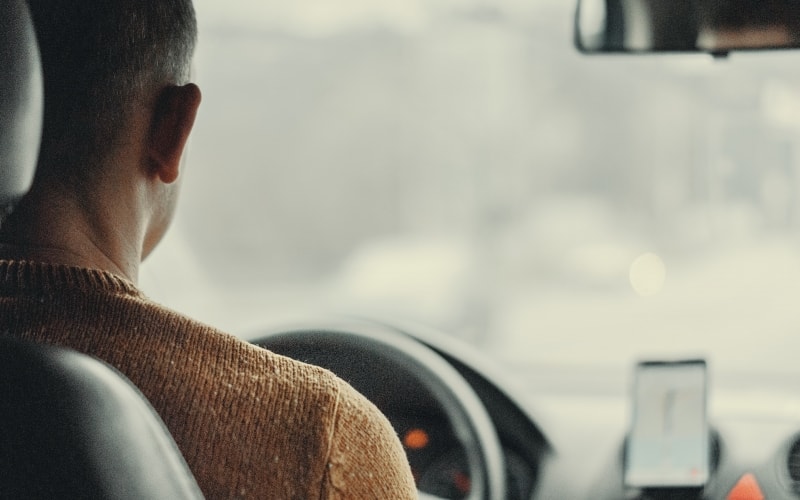 ‘You have reached your destination’ Uber v. Aslam

Written by Gareth Price. On 19 February 2021 the Supreme Court delivered its judgment in the long running dispute between Uber and its drivers. The central issue to be determined was whether the Tribunal (at a preliminary hearing) was correct to find that the Claimants worked for Uber as ‘workers.’ It held that it was. The secondary issue was, if the Claimants were workers, were they working whenever they were logged into the Uber app (and ready and willing to accept trips) or only when driving passengers to their destinations. The Court held it was the former. The decision has, of course, had a considerable amount of commentary. This short note highlights the key points of the decision and considers its practical implications.    Facts About 40,000 people drive for Uber. Two million people in London alone had the Uber app in 2016. The Claimants worked as private hire vehicle drivers, performing driving services booked through the Uber app. Some interesting facts[1] revealed about the Uber system are[2] that: To provide private hire services in London you must have a licence to do so, issued by Transport for London. Uber[3] held that licence. Workers The ERA 1996 defines the term ‘worker’ to be:

an individual who has entered into or works under (or, where the employment has ceased, worked under) -

(a) a contract of employment, or

(b) any other contract, whether express or implied and (if it is express) whether oral or in writing, whereby the individual undertakes to do or perform personally any work or services for another party to the contract whose status is not by virtue of the contract that of a client or customer of any profession or business undertaking carried on by the individual;

and any reference to a worker’s contract shall be construed accordingly.[4]

As explained in Bates van Winkelhof v Clyde & Co LLP [2014] UKSC 32, employment law distinguishes between employees, workers and self-employed. Workers fall into ‘limb (b)’ above. There are three components to satisfy limb (b): Argument Uber argued that: SC Decision Uber[6] held the licence with TfL and it did not hold it as agent for the Claimants.   Uber therefore was accepting private hire bookings and, to fulfil its obligations to the passengers, entered into a contract with the driver to carry out the service. If wrong, there was no factual basis (from Tribunal) to find Uber were merely acting as agent (paras 45-56). This finding alone would have meant that the conduct of the parties (Uber London and the drivers) would need to have been determined. Doing that would likely render the drivers employees or subcontractors and (very likely) performing work under a limb (b) contract to perform those services.   The wider argument focused on the question of whether one starts with the contractual agreement when identifying whether an individual is a worker. The SC held that in Autoclenz (as in the case before it) the question was really one of statutory interpretation, not contractual interpretation. What was being determined by a Tribunal was not what had been contractually agreed, but whether the Claimants fell within the statutory definition of ‘worker’. This reflected the very purpose of employment legislation of this kind – to protect employees (and, therefore, certain people categorised as limb (b) workers) against abuse of a dominant/subordinate employer/employee[7] dynamic. Citing the judgment of the EAT in Byrne Bros (Formwork) Ltd v. Baird [2002] ICR 667

“Thus, the essence of the intended distinction must be between, on the one hand, workers whose degree of dependence is essentially the same as that of employees and, on the other, contractors who have a sufficiently arm’s-length and independent position to be treated as being able to look after themselves in the relevant respects.”

“This does not mean that the terms of any written agreement should be ignored. The conduct of the parties and other evidence may show that the written terms were in fact understood and agreed to be a record, possibly an exclusive record, of the parties’ rights and obligations towards each other. But there is no legal presumption that a contractual document contains the whole of the parties’ agreement and no absolute rule that terms set out in a contractual document represent the parties’ true agreement just because an individual has signed it. Furthermore, as discussed, any terms which purport to classify the parties’ legal relationship or to exclude or limit statutory protections by preventing the contract from being interpreted as a contract of employment or other worker’s contract are of no effect and must be disregarded.”[9]

This led the SC to assess the relationship in the manner commended in Autoclenz, by looking at the reality of it. Factors pointing against a finding of worker status for the Claimants included: However, the SC identified five factors within the ET’s findings that militated in favour of a finding of worker status: It was primarily on those factors that the ET was entitled to find as it did, that the Claimants were limb (b) workers. When did the work begin? It then became necessary for the SC to determine during what periods the Claimants were ‘workers’ for the purpose of assessing rights under the Working Time Regulations 1998 (‘the WTR’) and National Minimum Wage Regulations 2015. The test of identifying an ‘irreducible minimum of obligation’ (approved in Carmichael v. National Power plc [1999] 1 WLR 2042) remained the relevant test. In other words, the existence and exercise of a right to refuse work is not critical, provided there is at least an obligation to do some amount of work. With respect to the WTR test, “working time” is defined in regulation 2(1), in relation to a worker, as “any period during which he is working, at his employer’s disposal and carrying out his activity or duties”. A discrete factual difficulty was that many drivers may be logged into apps for several private hire vehicle providers (i.e. Lyft) as well as Uber’s (although there were no findings to this effect at Tribunal). The SC cited Judge Eady QC in the EAT to the effect that Ubers market share meant that ‘in practical terms’ being logged into Uber’s app meant being at Uber’s disposal. As mentioned, there were no findings at the ET to disturb that assessment. On that approach, the SC held the ET was also entitled to find that a workers contract came into existence when 1) the driver logged into the app, 2) was within the authorised territory and 3) was ready and willing to accept trips.[11] Comment Does the decision only apply to the ‘gig economy’? The opening line of the SC decision remarks on the context of the case - that the work is being provided via a ‘digital platform’. The case of course will be relevant in future disputes for all manner of work that attracts the ‘gig economy’ label, but is certainly not limited to the same. The world of work can be fast-changing and many authorities still cited in worker status disputes (Carmichael, Ready Mixed Concrete, Cotswold Developments) pre-date the existence of apps as a medium through which services are obtained and provided. The rights afforded to certain groups of working people have not been shaped by this working world. Trying to fit them into it will not be easy and may continue to give rise to difficult cases. So does the decision settle all worker status disputes? Probably not. Of course, it may be cited as the leading decision concerning worker status but it, ultimately, restates that each Tribunal must look at the reality of the working relationship to answer the question. The spirit of Autoclenz therefore lives on. That necessarily will give different answers in different factual circumstances. Those relationships may well throw up issues not expressly addressed in Uber, such as the genuineness (and relevance) of substitution clauses (see IWU v CAC / Deliveroo [2018] EWHC 3342). The SC decision does not, of course, determine compensation owed to the Claimants. In particular, the decision that determining working time was by reference to logging into the app was expressly not answered ‘in the abstract’. Findings of fact may need to be mad for any other potential Claimants so as to determine that question. It probably does not even end litigation between Uber and its drivers. Uber has already released a statement to its current drivers indicating that, due to changes in its operations, the ‘judgement [sic] does not apply to drivers who earn on the app today.’ Has the decision added any gloss to Autoclenz? The SC has ended any argument from employers that Tribunals should begin[12] by looking at the written terms. It has also ended any argument that the ‘reality’ approach commended in Autoclenz is only permissible if it is inconsistent with the written terms. The decision certainly puts the concept of subordination front and centre as a touchstone for assessment of worker status (albeit not rising to the level of ‘a freestanding and universal characteristic of being a worker’ as stated in Bates van Winkelhof.) Last… The Tribunal that decided this issue in 2016 had its reasoning withstand scrutiny at three levels of appeal. No small feat and to be applauded.     [1] As found by the Tribunal [2] Correct at time of judgment in 2016. Importantly, Uber contends that a number of these facts are no longer the case. [3] Specifically, Uber London Ltd, a UK subsidiary of Uber BV, the Dutch company. [4] S.230(3). [5] Autoclenz Ltd v Belcher [2011] UKSC 41 [6] As above, Uber London Ltd [7] In the general (non-classification) sense [8] See e.g. s.203 ERA 1996 [9] Para 85 [10] See James v. Redcats (Brands) Ltd [2007] ICR 1006 [11] Although the SC considered the final requirement to not be necessary to a finding of contractual status, albeit was relevant to determining if work was being done. [12] As above, the SC were equally clear that the written contract is not irrelevant to the assessment