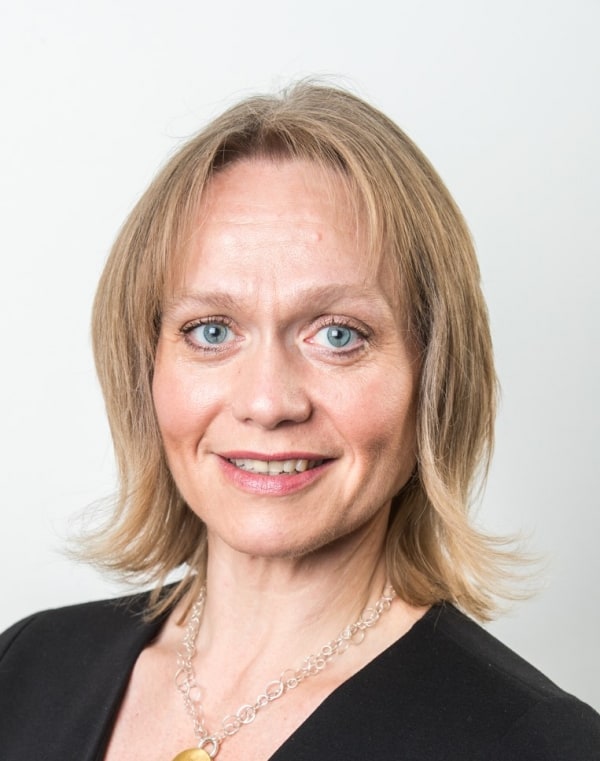 Elizabeth is a strong negotiator, and her advice is robust and practical. She has the ability to put everyone in the room at ease.

Elizabeth Hodgson has practiced almost exclusively in the field of injury-related litigation since pupillage in 1993. She acts on behalf of both Claimants and Defendants in a wide range of personal injury and clinical negligence cases. She is instructed by many insurance companies, local authorities, NHS Resolution, and the major trades unions.

She is increasingly experienced in conducting court hearings, conferences, settlement meetings and mediation remotely, and is happy to advise with regard to the best way of progressing cases during the Covid-19 crisis. 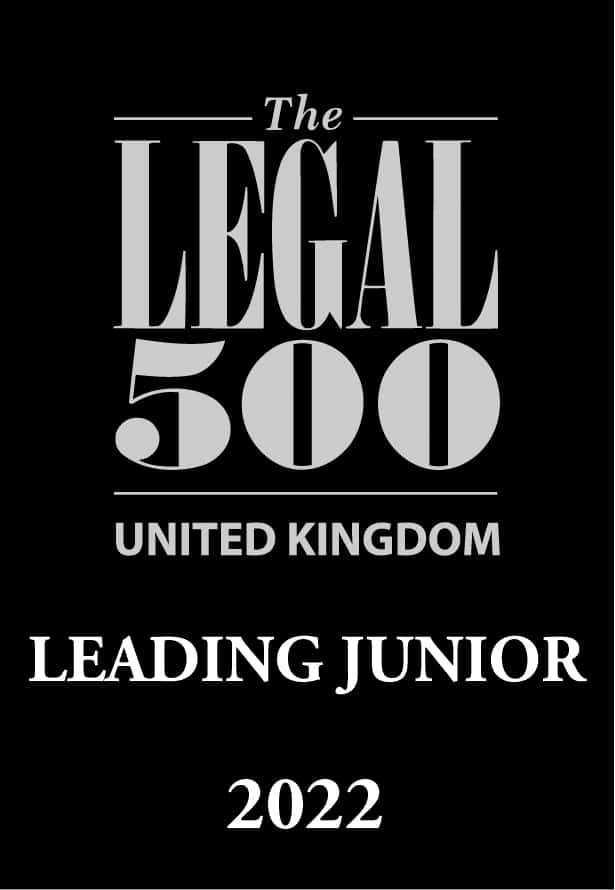 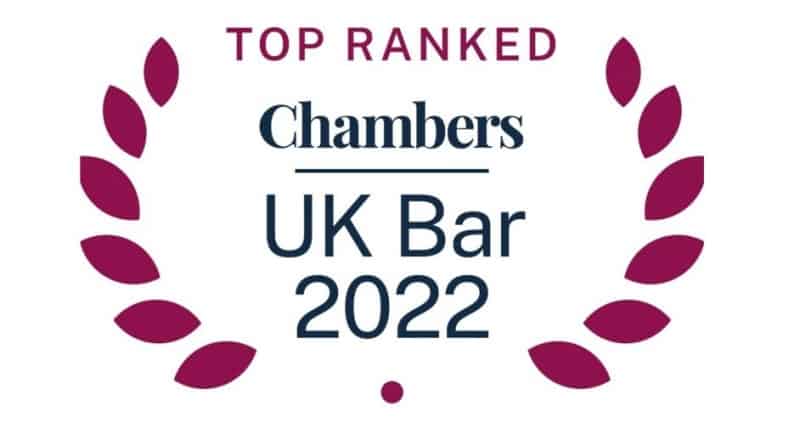 She is firm but practical, cuts to the chase and has a sensible approach. She's good in pleadings and has a good negotiation style.

Elizabeth Hodgson has practiced almost exclusively in the field of injury-related litigation since pupillage in 1993. She acts on behalf of both Claimants and Defendants in a wide range of personal injury and clinical negligence cases. She is instructed by many insurance companies, local authorities, NHS Resolution, and the major trades unions.

She is increasingly experienced in conducting court hearings, conferences, settlement meetings and mediation remotely, and is happy to advise with regard to the best way of progressing cases during the Covid-19 crisis.

Instructed in all types of industrial disease cases, by both insurance companies and Claimants. She has particular experience in industrial deafness and asbestos-related disease. Regularly instructed in cases involving limitation issues.

Has a particular interest in public liability cases. She is instructed regularly by many local authorities and insurance companies, and by several of the large supermarkets, although she also acts on behalf of Claimants. She has dealt with claims brought by both adults and children arising out of a very wide variety of circumstances. These include: accidents sustained by children in schools and playgrounds; accidents sustained in sports centres and other leisure facilities; accidents occurring on “outward bound” activities; accidents in supermarkets and other shops; accidents befalling visitors and patients in hospital; accidents in or around rented accommodation involving the Defective Premises Act 1972; accidents sustained by trespassers; highway “tripping” accidents; injuries involving animals; and so on. She has represented both Claimants and Defendants in a wide variety of product liability cases, from foreign bodies in ready-sliced cake to shattering glass lamps. Her friends tire of her saying “I’ve done a case about that….”.

Acts for Claimants and Defendants in claims involving accidents in all manner of workplaces, from abattoirs to zoos (really). She is instructed regularly by insurance companies, local authorities and NHS Resolution on behalf of Defendants, and by trades unions on behalf of Claimants. She deals frequently with claims arising out of workplace accidents occurring in hospitals, in shops, on construction sites, at height, and in a very wide variety of local authority employment. She has dealt with several cases brought by members of the armed services for injuries sustained in the course of active service. Many of the EL cases with which she deals involve very serious injuries or injuries that have (or are alleged to have) serious psychiatric or psychological consequences, which cases have a potentially high value and often involve disputed medical evidence.

Acts for Claimants and Defendants in claims involving catastrophic or very serious injuries (including brain injury, spinal injury and amputation) on a regular basis, such claims usually arising from road traffic accidents, workplace accidents, medical accidents and, less frequently, public liability accidents. She deals regularly with cases where the claim is said to have a value of more than £500,000. She is presently dealing with several cases where damages are likely to exceed £5million and many where damages will exceed £1million. She has a particular interest in issues of medical causation and mitigation of loss. She is happy to conduct conferences with Claimants at home or hospital.

Frequently instructed by insurance companies in personal injury claims where it is suspected that the claim is fraudulent or that the Claimant has been fundamentally dishonest in relation to part of the claim. Has secured findings of fundamental dishonesty (with adverse costs consequences and avoidance of QOCS) in several cases, including one clinical negligence claim.

Acts for Claimants and Defendants in wide variety of clinical negligence claims. Many of these are high value claims arising from catastrophic or very serious “birth injuries”.

She has experience of dealing with:

Acts for insurance companies and Claimants in road traffic accident claims where allegations of fraud are made against one or more parties. She provides advice at an early stage of such cases with regard to assessment of the credibility of witnesses (often following conference) and with regard to appropriate pleading. She is frequently required to advise in relation to covert surveillance evidence. Claims alleged to involve fundamental dishonesty appear with increasing frequency in her case load. Has secured findings of fundamental dishonesty (with adverse costs consequences to the Claimant) in 8 cases so far.

Has been arguing about costs in Personal Injury and Clinical Negligence cases on a regular basis for more than 25 years. She has particular expertise in the costs consequences of Part 36 offers, and in cases of fundamental dishonesty. She has considerable and ever-increasing experience of conducting costs and case management hearings, particularly in high-value and complex cases

Frequently instructed in cases where limitation is in issue. Deals with all industrial diseases, but has particular expertise in industrial deafness and asbestos-related disease.

Recommended regularly by the Legal 500 and Chambers & Partners since 2007.

Legal 500 2022 Tier 2 - Personal Injury - Tier 2 - "Her advice is clear, unambiguous, and in language the clients understand. She is very empathetic with clients with severe injuries."

Legal 500 2022 - Tier 2 - Clinical Negligence -  Tier 2 - "Her advice is clear, unambiguous, and in language the clients understand. She is very empathetic with clients with severe injuries."

Chambers & Partners 2022 - Personal Injury - Band 2 "She is very straightforward and gets right to the point."

Chambers & Partners 2022 -Clinical Negligence - Band 1  "Extremely good in court and very knowledgeable." "She is firm but practical, cuts to the chase and has a sensible approach. She's good in pleadings and has a good negotiation style."

Chambers & Partners 2021 - Clinical Negligence - Band 1 "Very well prepared, has good analytical skills and offers pragmatic advice." "She is thorough and very much to the point." "She is diligent, she has great attention to detail and she fills you with confidence that the case is in good hands."

Chambers & Partners 2020 - Clinical Negligence - Band 2 "She is always well prepared for conferences, and has a good manner with clients and experts". "A really solid pair of hands, and has good instincts."

Chambers and Partners 2020 - Personal Injury - Band 2 "She's very straightforward and takes a no-nonsense approach." "She's approachable, accessible and very good both in court and on paper."

Legal 500 2021 - Clinical Negligence - Band 1 ‘Approachable, straightforward, practical and reliable. Liz is thorough in her assessment of cases and works hard to achieve the best result possible.’

Legal 500 2021 - Personal Injury - Band 2 'Superb with cool headed analysis. A tough negotiator. Always well prepared. Presents her views very clearly either on paper or in conference. Has great ability to put lay clients at ease. She excels in treating instructing solicitors and commercial clients as part of a team. Always superb value for money.’

Legal 500 2020 - Personal Injury - Band 2 "A superb advocate who inspires confidence and is a pleasure to work with." "Excellent all-round personal injury practitioner who is very well regarded and excellent both with clients and in court.""Excellent when dealing with complex cases and difficult clients"

Chambers & Partners 2019 - Clinical Negligence - Band 2 "She is thorough and has a good grasp of the issues. She is able to build a good rapport with the clients and she is very approachable."

Chambers & Partners 2018 "Very good with the clients and excellent in court." "A great court performer who goes the extra mile for clients. She exudes confidence, affability and charm. She is extremely knowledgeable and professional in her field."

Jameson -v- Central Electricity Generating Board and Babcock Energy [1998] QB 323 Effect of "full and final settlement" of a claim by the deceased during his lifetime made by one of 2 joint tortfeasors upon a subsequent claim under the Fatal Accidents Act 1976 by his widow against the other tortfeasor.
Hird -v- Milner [1998] CL Striking out for want of prosecution.
Philips -v- Derbyshire County Council [1997] ELR 461 Judicial review of decision of Special Educational Needs.
Various Claimants -v- Metro-Cammell Limited and J W Roberts Asbestos exposure arising from construction of railway carriages.
Wareing -v- Rhodia and Stanton Plc Effect of alleged industrial environmental pollution upon a dairy herd in Derbyshire.
Law -v- Wansbeck District Council Whether a local authority was a "provider of services" within the meaning of s 19 Disability Discrimination Act 1995 in granting a tenancy of domestic premises to a disabled woman.